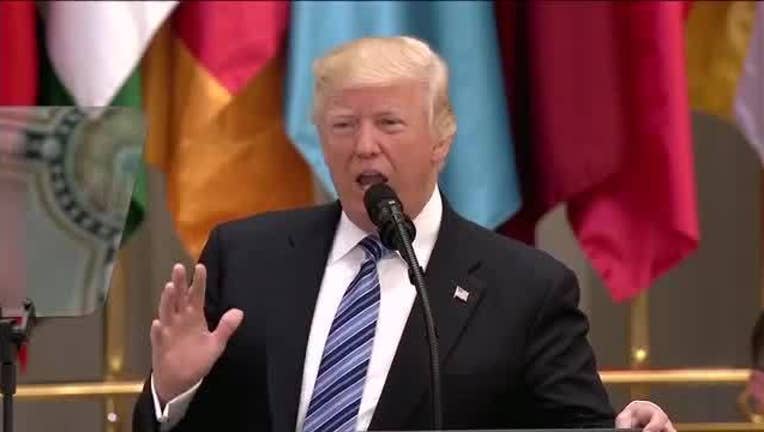 TRAVERSE CITY, Mich. (AP) - The Trump administration makes a straightforward case for slashing $427 million in federal spending to heal ailing regional water bodies such as the Great Lakes, Chesapeake Bay and Puget Sound: State and local governments should do the work and foot the bill.

Supporters of the programs argue it's not that simple. Cleaning up the nation's iconic waterways is a team effort involving all levels of government, with nonprofit groups, universities and other players pitching in and the federal government serving as coach and sometimes as referee. If Washington walks away, some participants fear, the partnerships could unravel and the cleanups falter.

"Federal involvement is critical to keeping the states working together," said Will Baker, president of the Chesapeake Bay Foundation, which advocates for restoration of the nation's largest estuary. "The states put in a lot of money, but the federal partnership is crucial."

A White House summary said the programs fund "primarily local efforts," although they "have received significant federal funding, coordination and oversight to date." It adds, "State and local groups are engaged and capable of taking on management of clean-up and restoration of these water bodies."

Congress will have the final say about the suggested cuts, which have drawn criticism from lawmakers in both parties. The programs are popular with constituents who treasure clean beaches and good fishing. Rep. Andy Harris, a Maryland Republican and member of the staunchly conservative Freedom Caucus, was among the signatories of a Feb. 23 letter to President Donald Trump supporting continued funding of the Chesapeake Bay rescue.

"We must ensure that this important work continues, and that federal funds continue to be available to support this effort," the letter said.

Even with such strong bipartisan backing, advocates say Trump's opposition leaves the programs highly vulnerable. Even if they survive, they might lose some of their funding at a time when strapped state and local governments would be hard-pressed to make up the difference.

"Our state is having a tremendous budget challenge as it is," said Sheida Sahandy, executive director of the Puget Sound Partnership, a Washington state agency.

Sahandy and other officials pointed out that many of the federal grants awarded under the water restoration programs require at least partial matching funds from other participants. State and local governments, Native American tribes, environmental groups and others already chip in substantial sums. But they look to EPA and other federal agencies to provide financial and administrative leadership.

"The great threat is that you lose faith among state agencies and local communities that the federal government will do their share," said Brian Moore, the National Audubon Society's policy director for the Gulf of Mexico, another waterway with a cleanup program that would be defunded under the Trump budget.

The Great Lakes Restoration Initiative has provided funds to remove contaminated sediments from harbors, fight invasive species, restore wildlife habitat and study harmful algal blooms - the most severe problems affecting the world's largest freshwater system. It's the biggest of the regional programs, usually receiving about $300 million a year - a total of more than $2 billion since President Barack Obama established it in 2010.

The federal largesse not only helps pay for thousands of cleanup projects, supporters said. It gives the EPA leverage to help forge a common front among eight states - from Minnesota to New York - that compete with each other economically and can have sharp political differences.

Cameron Davis, who oversaw the Great Lakes initiative as a former EPA senior adviser, said it was crucial in uniting the region around a strategy for preventing invasive Asian carp from reaching the lakes through a Chicago-area canal at a time when the states were feuding over the matter in court.

"Funding has a magical way of bringing people to the table that otherwise might not pull up a chair," Davis said.

Federal involvement also helped spur action in the Chesapeake Bay, Baker said. The watershed includes parts of six states and Washington, D.C., which often were at odds over responsibilities of those nearest the bay and those farther upstream.

Under the program, he said, the federal government brings funding, technical assistance and "a willingness to call out a state that is not participating and therefore dragging the collective group down."

"This is a prime example of the cooperative federalism that the administration talks about," Baker said. "We're totally perplexed as to why they'd want to end it."