AdventHealth says a third-party lab was so back-logged, at least 25,000 tests are now deemed unreliable.

ORLANDO, Fla. - AdventHealth says the results of more than 25,000 coronavirus tests performed by the health system in Central Florida are "unreliable."

AdventHealth uses several labs across multiple states for its COVID-19 tests. Officials say the issue is with one of AdventHealth's third-party labs that have been processing tests. 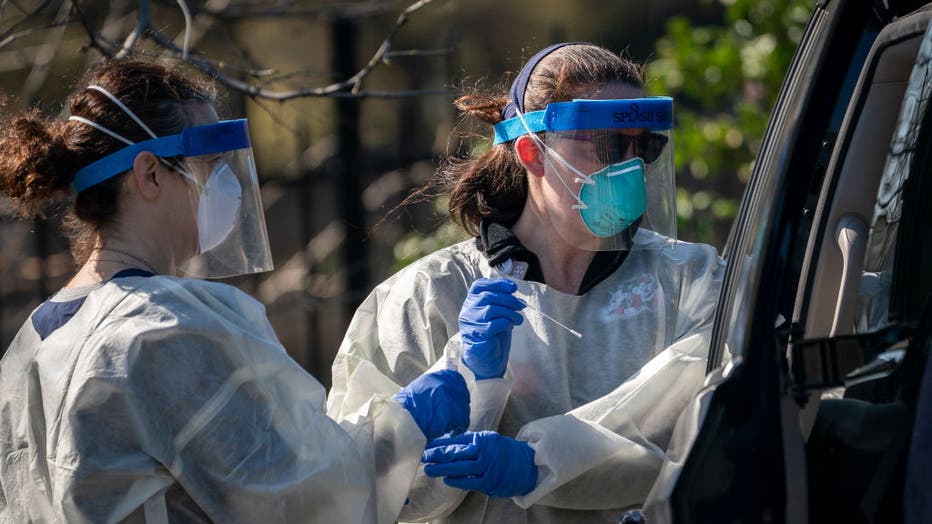 WASHINGTON, DC - APRIL 02: Medical professionals from Children's National Hospital administer a coronavirus test at a drive-thru testing site for children age 22 and under at Trinity University on April 2, 2020 in Washington, DC. Hundreds of children

According to a release, AdventHealth has terminated its contract with the testing company, who they have not named publicly, because of “unacceptable delays” and lack of confidence in the reliability of the tests.

AdventHealth is contacting people who have gotten tested for coronavirus. The hospital system says 25,000 tests checked by a third-party lab are unreliable.

"To meet the unprecedented demand for COVID-19 testing, we rely on nationally accredited third-party labs to assist us. Unfortunately, one of these labs processing a significant number of our public tests has been unable to fulfill its obligation," AdventHealth said.

The health system is now notifying individuals who have been impacted, either by letter or phone call with the following directions:

AdventHealth will provide testing to affected individuals free of charge.

“We take our responsibility to safeguard everyone who entrusts us with their care very seriously. We’ve made significant investments to help minimize the spread of COVID-19 in Central Florida and will continue to stand beside our neighbors in these unprecedented times,” said Daryl Tol, president and CEO of AdventHealth’s Central Florida Division. “Teams across our organization are working around-the-clock to remedy the situation."

AdventHealth runs several drive-up testing sites around Central Florida, including at the Mall at Millenia in Orlando and the Daytona International Speedway.