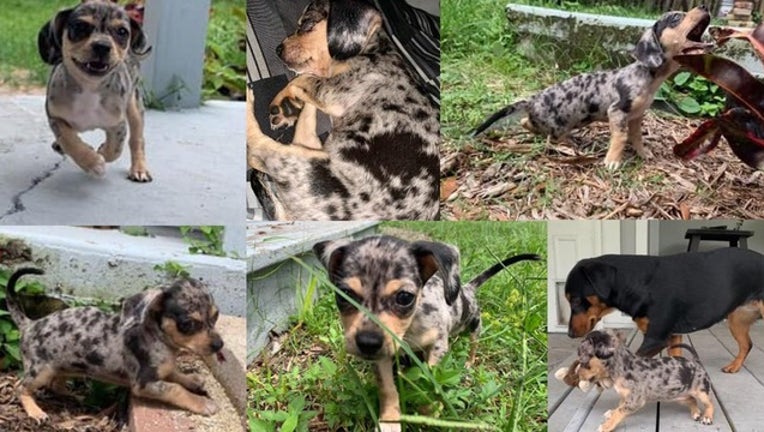 ORLANDO, Fla. (FOX 35 ORLANDO) - An adorable puppy that was found by the Orange County Sheriff's Office in a partially flooded vehicle during Hurricane Dorian is now right at home with the deputy that rescued her.

The sheriff's office posted photos to social media on Thursday of the puppy at the home of Deputy Josh Tolliver. Tolliver named her Dorian after finding the pup during the hurricane on Wednesday.

Deputies had responded to a suspicious vehicle that was abandoned in a ditch on Apopka Blvd. When Deputy Tolliver approached the partially flooded vehicle, Dorian was alone inside.

The tri-color puppy was originally going to be handed over to Orange County Animal Services, but in an update on Thursday, the sheriff's office showed her playing and fitting right in at her rescuer's home.

"Here she is, living her best life with Deputy Tolliver! "