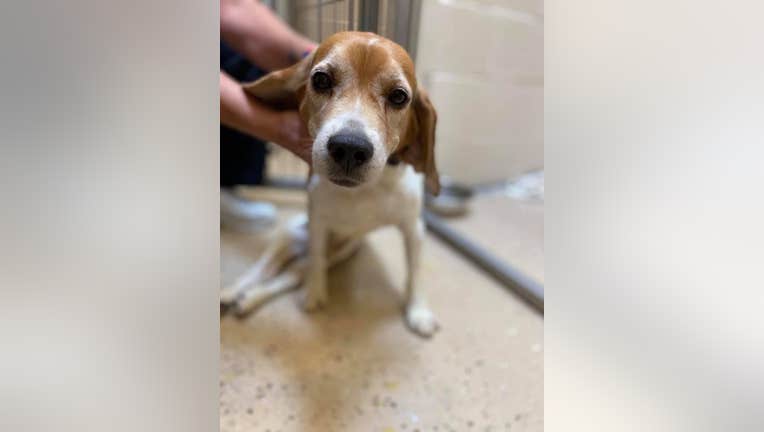 OAKLAND, New Jersey - An adorable senior dog is getting a new chance at a good life after he was found paralyzed and dragging himself down a road after being abandoned in New Jersey.

"Manny, an 8-year-old beagle, had been beat down but his spirit was not broken," said Ramapo-Bergen Animal Refuge, Inc. where Manny is being treated. "Manny had nowhere to go, but he never gave up trying."

According to the shelter, Manny was found dragging his hind legs down a road, but with no evidence of trauma. He doesn't have bladder control and he has no pain sensation, indicating that he has been paralyzed for some time.

He was brought to local animal control, but his time there was almost up: he had until the end of the day on July 4 for a rescue to take him in. 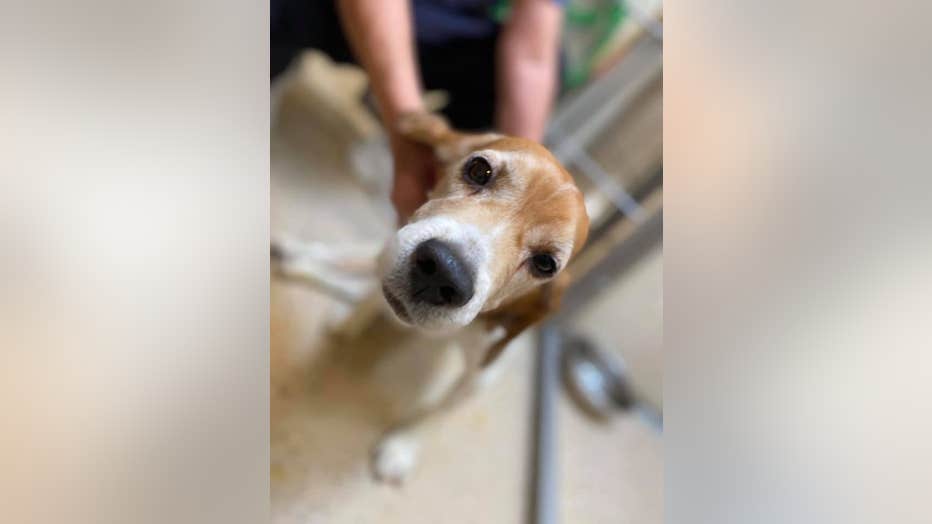 A veterinarian determined that Manny had been paralyzed for a long time and that he would require a wheelchair and long-term specialized care.

"Manny is super sweet and docile – very easy to handle for his care.  But, what Manny so desperately needs is a very special foster or forever home." 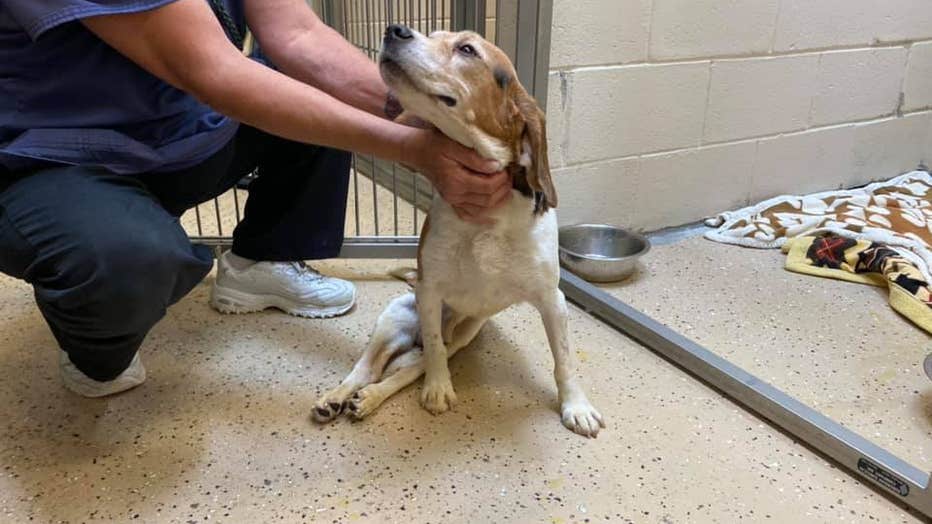 Find out more about Manny at www.rbari.org .