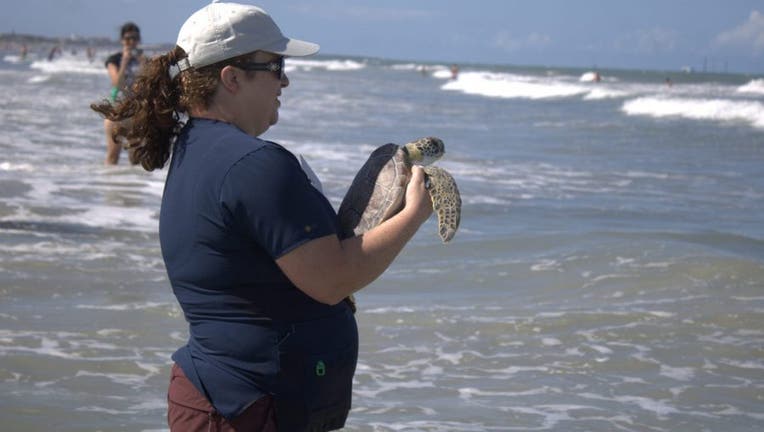 COCOA BEACH, Fla. - After about four months in a rehabilitation center, Clover the sea turtle has finally returned to the sea.

Clover, who was rescued on St. Patrick's Day, was released into the ocean at Cocoa Beach on Tuesday, July 5.

After boaters discovered Clover struggling near Port Canaveral, the Sea Turtle Preservation Society took Clover to the Brevard County Zoo Healing Center, according to the zoo. There, Clover underwent a procedure to remove a bullae, or fluid-filled sac, in its lung. The zoo said the veterinary team relieved pressure on Clover's organs by creating one-way valve with a catheter to release the extra air.

The zoo said they do not know what caused the bullae, but they were determined to help Clover heal. The zoo said goodbye to Clover alongside a crowd of beachgoers.