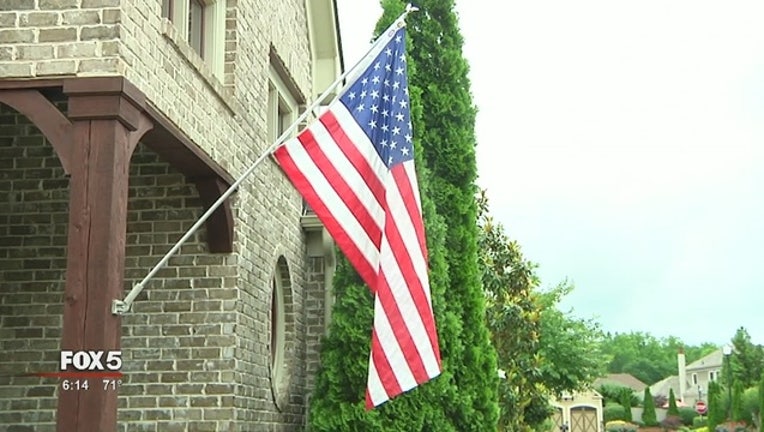 KAUFMAN, Texas (AP) - A 92-year-old Marine veteran has been injured while trying to defend the U.S. flag outside his Texas home.

Howard Banks fought in World War II and was left legally blind by a flare on Iwo Jima.

After hearing noises outside his Dallas-area home earlier this month, Banks says he went outside and found someone trying to pull his flag down from its pole. The would-be thief knocked him down before running off, and neighbors rushed to help. Banks was left with bumps, bruises and a twisted knee.

Meanwhile, fellow Marine veterans from Honor Flight Austin visited Banks at his home Sunday and offered him a free trip to Washington, D.C. to express their appreciation for his service.