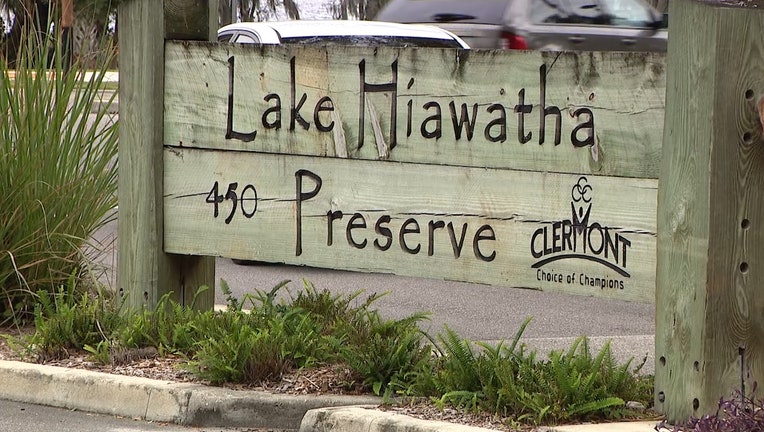 CLERMONT, Fla. - The Clermont Police Department on Friday released the 911 call of a woman reporting a sexual battery at Lake Hiawatha Preserve.

Police said a woman was walking to clear her head Wednesday afternoon when two men pulled her off the walking trail and into the woods. The woman told police they sexually battered her.  When she was able to get away, she said she went to a more crowded area in the park where another woman noticed she was in distress and called 911.

“A girl just ran up to the bathrooms and her clothes are ripped,” the 911 caller said to the 911 dispatcher. “She said two boys she says attacked her.”

The caller went on to say she was at the park with her baby and niece and first thought she was being scammed, but she quickly realized the woman was crying and her clothes were torn.

Search for suspects after woman attacked at park

As the call continues, the 911 caller can be heard telling dispatchers that a boy rode up on a bicycle and, appearing to know the victim, began to comfort her.

Officers arrived soon afterward to take the victim’s statement.  Police said the attack happened sometime between 2 p.m. to 5 p.m.  People who frequently visit the park were shocked that an attack like that happened in broad daylight.

“There’s always people around here,” said Mary Bergamide. “If something were to happen, you’d expect that in the middle of the night.”

Right now, the only description police have released about the suspects is that they were wearing dark clothes.  Officers said there are cameras in the preserve area, but they were not working during the attack.

They are asking anyone who was at the park between 2 p.m. and 6 p.m. on Wednesday afternoon and saw something unusual to call the Clermont Police Department at 352-394-5588, "option 3" for investigations.