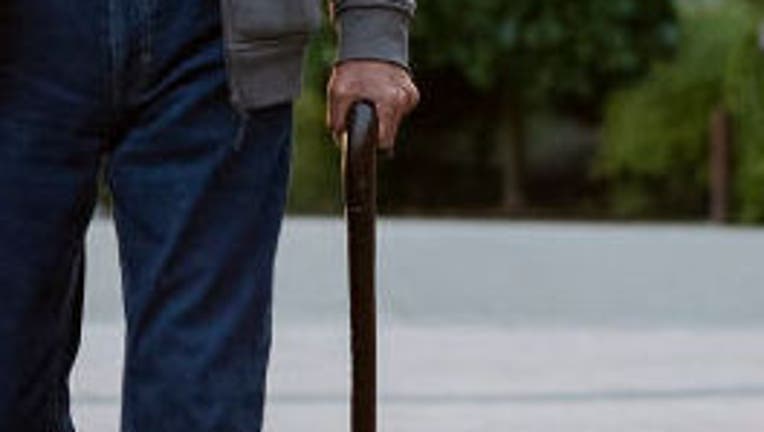 NILES, Ill. - An 81-year-old former Marine from suburban Chicago used his grandfather’s antique Irish walking stick to chase off three burglars and deliver one a thump in the head for his trouble.

Dan and Barbara Donovan told the Pioneer Press newspaper group that a man in a reflective vest and mask knocked on their door in Niles on Nov. 4 and said he was a utility worker who needed to check their fuse box due to a recent fire in the area.

Barbara Donovan said while they were in the basement with the man, who was looking at their electric circuit panel, she heard squeaking floorboards upstairs realized something wasn’t right.

“I yelled, ’Danny! Somebody’s in our bedroom!” she said.

MORE NEWS: 'Decapitated body' found on Florida beach turns out to be this

She bounded up the steps, followed by her husband and the so-called utility worker. When the couple reached the main floor, they found two other men inside, one holding a pillowcase from their bedroom.

Dan Donovan began trying to chase the three men from their house, and that’s when he grabbed his grandfather’s shillelagh — an antique Irish walking stick propped in the corner of the couple’s dining room.

“I was trying to find some type of persuasive weapon,” he said. “So I picked up the Irish shillelagh and that turned out to be the equalizer because I managed to chase them out of the house.”

Donovan struck the man with the pillowcase in the back of the head with the stick. The man held onto the pillowcase as he followed his two cohorts outside, but Donovan, who was barefoot, followed, using the shillelagh to deliver blows to the windshield and rear window of the men’s SUV before they fled.