Dozens are Orlando firefighters are currently in quarantine, the Fire Chief said.

ORLANDO, Fla. - The Orlando Fire Department announced on Wednesday that seven of its firefighters have tested positive for COVID-19.

All of the firefighters, and those who came in contact with them, are in self-isolation, according to Chief Benjamin Barksdale Jr.

He said four of the firefighters were new hires from their training academy.

"The majority that are self-isolated are the 32 new hires that we brought on Monday."

In total, there are 64 people in quarantine.

Orlando Mayor Buddy Dyer talks about the impact of COVID-19 in the city.

The chief says the infected firefighters showed symptoms before being tested.

On Wednesday, the Florida Department of Health said the state's positive coronavirus cases has risen to 82,719. That's up 2,610 since Tuesday, the second-highest daily reported increase.

Orlando Mayor Buddy Dyer said new testing sites are being set up each Wednesday in different neighborhoods around the city. 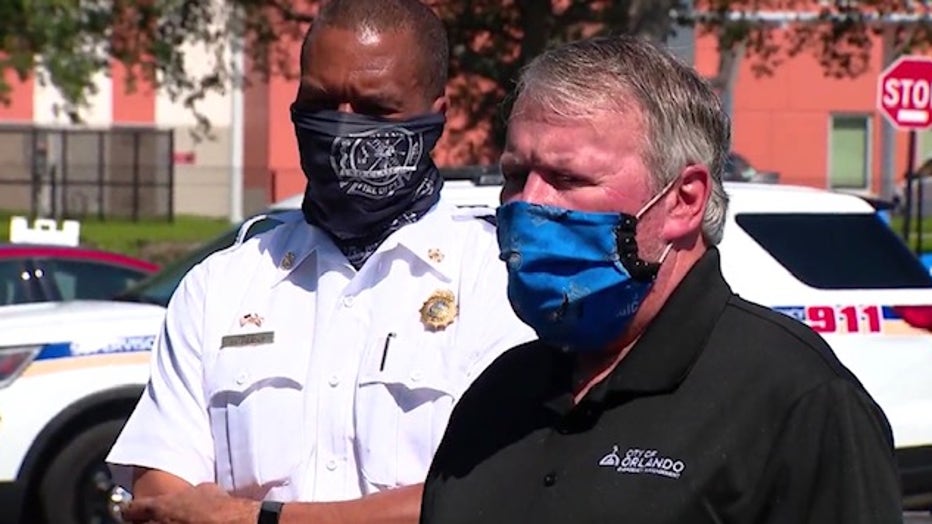 "I just want to remind everybody that we need not be complacent about the virus," the mayor said, adding that residents should continue to wear masks and practice good hygiene.