FOX 35's Vicki Karr was at the scene.

It happened around 8:30 a.m. on Millinockett Lane near Smathers Avenue.

The Orange County Sheriff's Office said there were 21 kids on the bus heading to Forsyth Woods Elementary when it crashed with a black car. 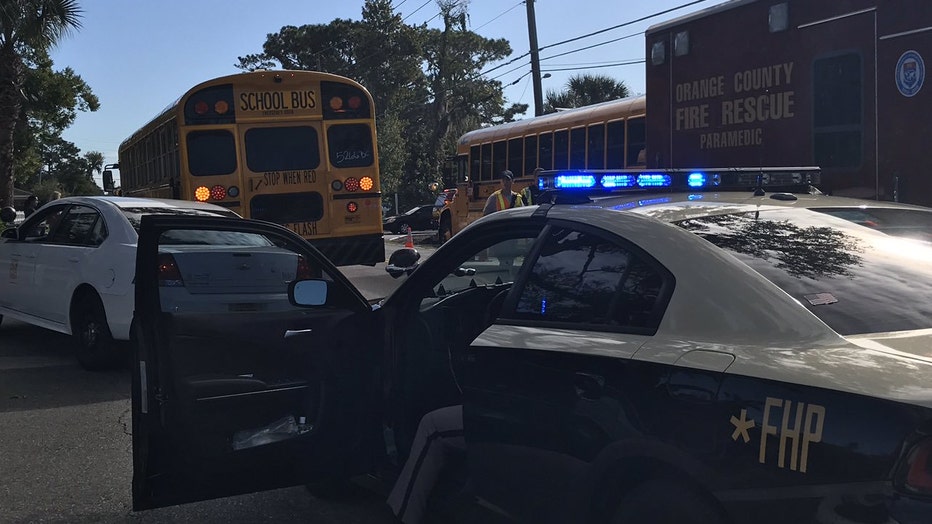 It's unclear how the crash happened. The black car involved had damage to the side.

The children who were not injured were picked up by another bus and taken to school.