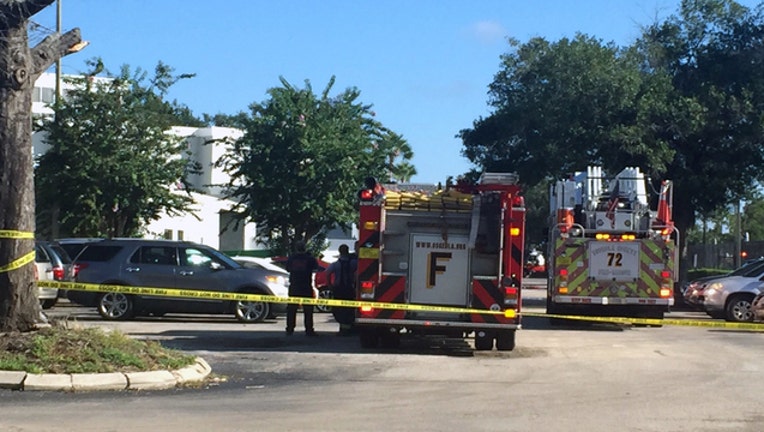 KISSIMMEE, Fla. (WOFL FOX 35) - Five people were taken to a hospital after chemicals were mixed at a hotel near Walt Disney World in Florida, authorities say.  It happened Wednesday morning at the Park Inn by Radisson Resort and Convention Center.

Osceola County Fire Rescue said the 911 call came in as a “chemical explosion” at a hotel. When firefighters arrived, they said a hotel employee mixed some bleach and ammonia into a bucket and the chemicals burned his hands. It happened in a laundry room and it was evacuated. He was taken to the hospital for his injuries.

Four other employees were also taken to the hospital for inhaling the fumes. The fire deputy chief said this could’ve been much worse.

Hotel guests said did not have to evacuate but were worried when they saw the massive emergency response.

“Obviously, [we] panicked, we were wondering what was going on,” said a hotel guest from London Laura O’Donnell. “You also kind of hear it on the news and it was very briefly that it was a chemical spill but we didn’t know to what extent and were we ok. No guests were made aware of about what was going on.”

Fire officials said only the laundry room was evacuated. They aired out the fumes and made sure it was safe for employees to go back to work. No other injuries were reported.