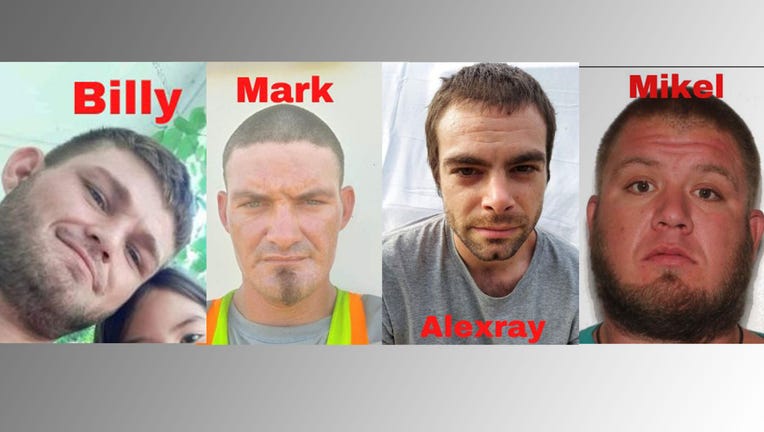 OKMULGEE, Okla. - A man wanted for questioning about the deaths and dismemberment of four friends in Oklahoma was arrested Tuesday in Florida, authorities said.

Joe Kennedy, 67, was arrested Monday in Daytona Beach Shores while driving a stolen vehicle, according to a statement by Okmulgee Police Chief Joe Prentice.

Prentice has described Kennedy as a "person of interest" in the deaths of Mark Chastain, 32, Billy Chastain, 30, Mike Sparks, 32, and Alex Stevens, 29, who had been reported missing. The dismembered bodies of all four men were found last week in the placed in the Deep Fork River in Okmulgee, a city located about 40 miles south of Tulsa, police said.

Prentice declined to say Kennedy is a suspect, and he has not been charged in Oklahoma but will be brought back to the state for questioning.

"The murder investigation is ongoing and investigators continue to follow leads every day," Prentice said in the statement. 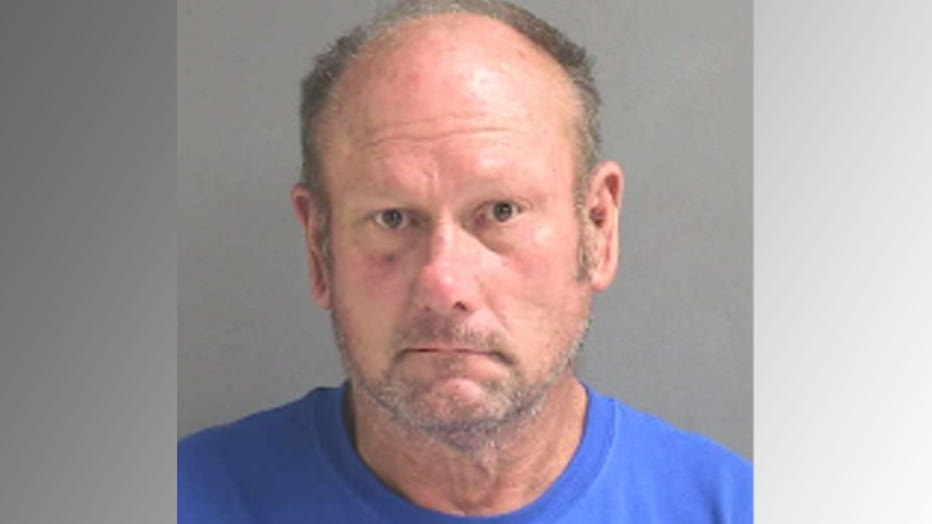 The four friends left Billy Chastain’s home around 8 p.m. on Oct. 9, all riding bicycles, Prentice told reporters on Monday during a press conference. Investigators believe the men had planned to "commit some type of criminal act" before they were killed, the chief said.

This was based on information from a witness who had been invited to join the men to "hit a lick big enough for all of them," Prentice said, quoting the witness.

"We do not know what they were planning or where they planned to do it," the chief added, noting that the term is commonly used for "engaging in some type of criminal behavior."

On Friday, a passerby reported something suspicious in the water, leading authorities to find the human remains. Prentice said investigators found the majority of the remains on Friday evening but worked through the weekend to continue recovering remains and to identify the bodies. The chief added that investigators have not found the men's bicycles.

Police vehicles are pictured at the scene where human remains were found on Oct. 14, 2022, in Okmulgee, Oklahoma. (Credit: KOKI-TV)

"I’ve worked over 80 murders in my career, involving multiple victims, dismemberment, but this case involves the highest number of victims, and it’s a very violent event," Prentice told reporters. "Can’t say I’ve never worked anything like it, but it’s right up there at the top."

Investigators also found "evidence of a violent event" on an adjoining property to a local scrapyard, which is owned by Kennedy, Prentice said.

Kennedy had been reported missing since Saturday night. He was being held for grand theft of a motor vehicle in Florida, according to jail records that do not list an attorney who could comment on his behalf.

Prentice said the investigation was ongoing and that investigators were awaiting cellphone records and video surveillance from area businesses.

"We have worked around the clock all week, we were out all weekend, and we will continue to work at the same pace that we’ve been working to try to find out exactly what happened to their loved ones and who did it," Prentice said.