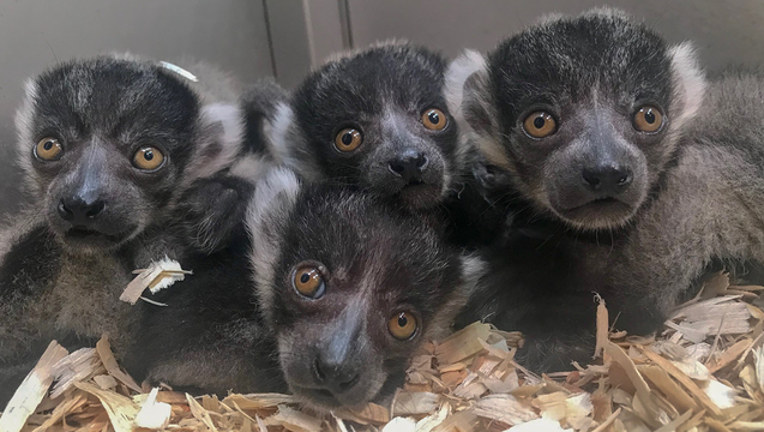 Jacksonville Zoo and Gardens spokeswoman JJ Vitale said in a news release that the lemurs were born Sunday. They are the third litter for parents Hawk and Potter.

All four lemurs are male, which may allow them stay longer at the zoo. Female lemur offspring become incompatible with their mothers around age 2.

"Four is a lot of infants for any mother, and keepers are encouraging Hawk to eat and drink as much as possible and are supplementing her diet with foods items that support lactation," the zoo said in a press release. "All of the little guys are nursing well and, because Hawk has such a calm disposition and trust in her keepers, she is allowing care staff to obtain regular weights to confirm their development."

Black and white ruffled lemur mothers don't carry their offspring around. Instead, Vitale says, they build a nest and leave the litter there, returning to nurse.

She says the family will bond behind the scenes for the immediate future.

All lemurs are native only to Madagascar and are critically endangered.