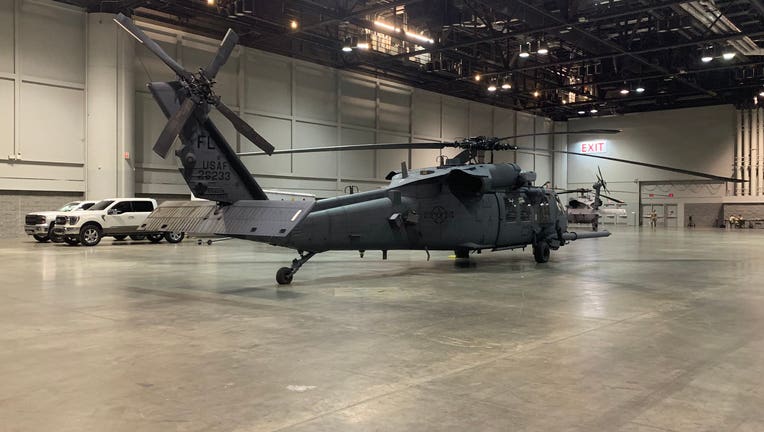 ORLANDO, Fla. - The Federal Emergency Management Agency (FEMA) is using the Orange County Convention Center as its home base for deploying emergency aid during Hurricane Ian.

FEMA’s working with American Medical Response, which is coordinating 300 different ambulances from all over the country. About 100 had already been deployed to Tampa to help with evacuations.

Since the ambulances are drawn to Orlando from the 48 contiguous states, there isn’t a drain on any individual community’s resources. If you were to dial 911 right now, there would still be crews in your area ready to respond.

"Right now, the task orders that we have from FEMA are to go to the Tampa area and move patients from facilities inland to a safer location. Those orders may change, we may get different ones throughout the night, but at some point, we'll come back here when it's no longer safe to be out operating on the roads," explained Chris Stawasz, the Public Information Officer for Global Medical Response Public Information Officer.

There are also helicopters on scene at the Convention Center. FOX 35 Orlando was the only news crew to see the aircraft.

There are 6 medical transports at the Convention Center, plus half a dozen Air Force helicopters.

"We rally all of these positions together in one base, set it up in under typically 48 hours, and we’re ready to go with as many ambulances as FEMA needs us to deploy," said Stawasz.