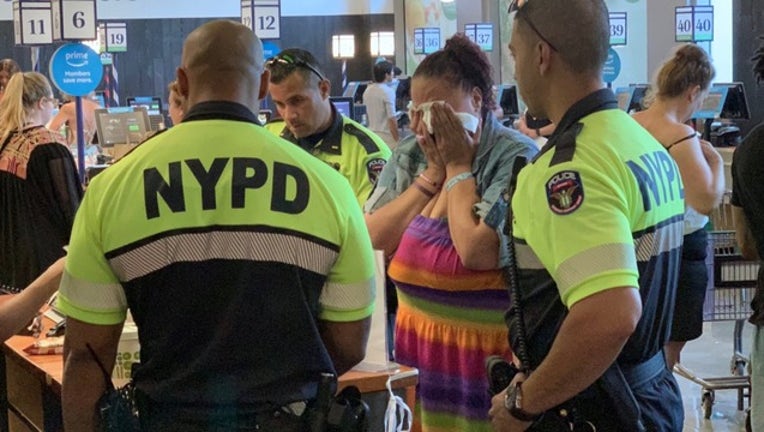 NEW YORK (AP) - A trio of police officers paid for an accused shoplifter's groceries rather than arresting her at a New York City Whole Foods.

Shopper Paul Bozymowski tweeted that the woman was being held by store security at the Union Square Whole Foods on Thursday after she was caught with food in her bag that she hadn't paid for.

"This woman was being held by security. She had food in her bag she didn't pay for. When the NYPD showed up, they paid for her food. Happy 4th…!  #July4th #FourthOfJuly #NYPD."

A photo in Bozymowski's tweet shows the woman crying as three police officers pay for her food.

Chief of Department Terence Monahan tweeted that the officers are among the "kind-hearted cops who quietly do good deeds for New Yorkers in need."

Bozymowski is a filmmaker who has directed documentaries, music videos and commercials.