ORANGE COUNTY, Fla - Flames reached into the sky at the Isles at East Millenia Apartments in Orlando, Saturday morning.

Orange County deputies got there first. "It was chaos everywhere but as I started looking around you could see families trapped on each floor, hanging off the balconies," said Deputy William Puzynski.

Above the roaring fire, Puzynski says he thought he heard a baby crying. "I saw on the balcony there was a one-year-old baby that the mom was trying to get over. At that moment I knew I had to save the baby," he said.

With his fellow deputies backing him, Puzynski started heading three-stories up. "I started climbing the building but couldn't make it all the way," he said. "That's when my partners helped me out. That's when I was able to get to the second floor, then climbed up to the third, grabbed the baby. That's when I handed the baby down to my partners."

After that, Orange County Fire Rescue arrived and got seven more people out of the burning building. "No fatalities and no citizens were transported," said Battalion Chief Steve Sherrill. "Everybody was accounted for." 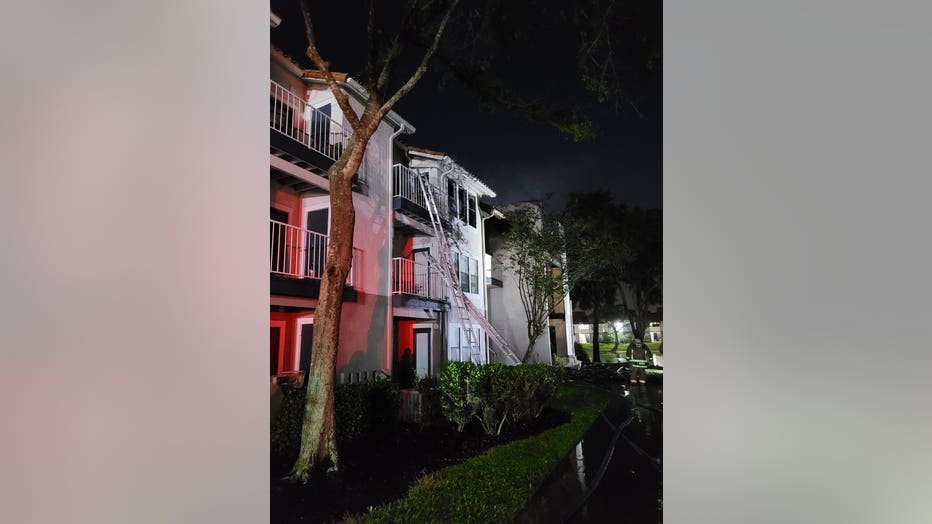 Firefighters say they battled the flames for about an hour. They say the fire damaged half the apartments in the 24-unit building, and people living there will need to find temporary housing. "We're gonna kill power to the entire fire structure, even the ones not affected just because with it getting into the attic we know the electrical was compromised. So we don't want to leave anyone in there with power on," Sherrill said.

There were a dozen units directly involved in the fire, according to firefighters, another 12 units were affected by water and/or smoke damage related to the fire. 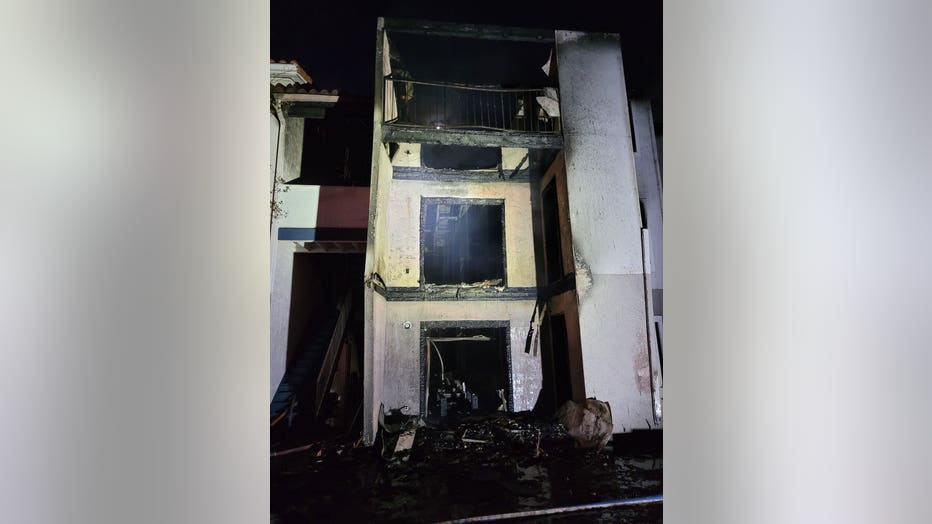 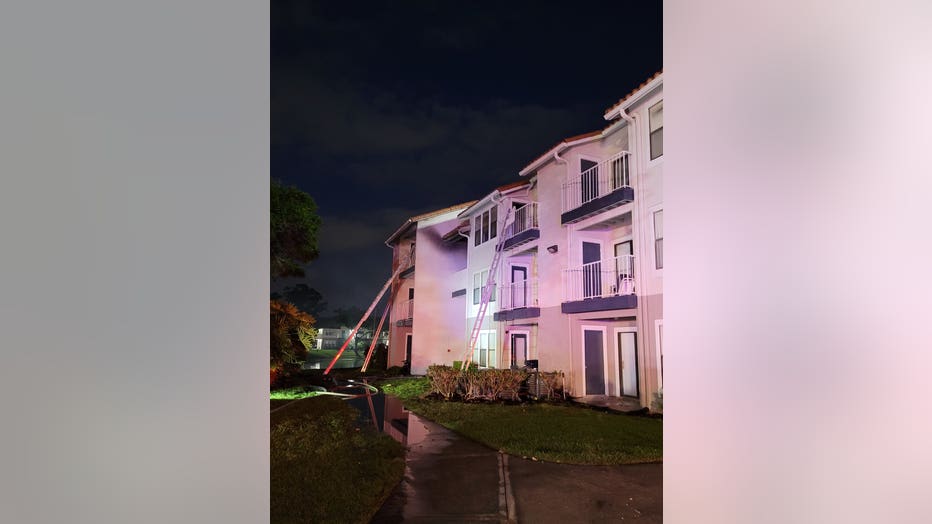 The Orlando Red Cross is assisting 20 residents who are homeless because of the fire. Orange County Fire Rescue says the Fire Marshal's office is assisting them with the investigation.