ORLANDO, Fla. - A crash involving three vehicles left two people with serious injuries and shut down a portion of State Road 417 in Orlando on Tuesday morning.

Florida Highway Patrol says the crash happened around 6:30 a.m. in the southbound lanes near the Dowden Road exit.

According to FHP, an SUV was traveling northbound on SR-417, when the driver lost control, traveled through the median and struck a passenger car head-on, that was traveling southbound.

MORE NEWS: Family holds vigil for 4-year-old killed when bullet pierced car she was riding in

A truck with a trailer was also struck as it traveled southbound on SR-417.

A male passenger from the SUV is critical at Orlando Health. A female from the passenger vehicle is in serious condition at Osceola Regional. 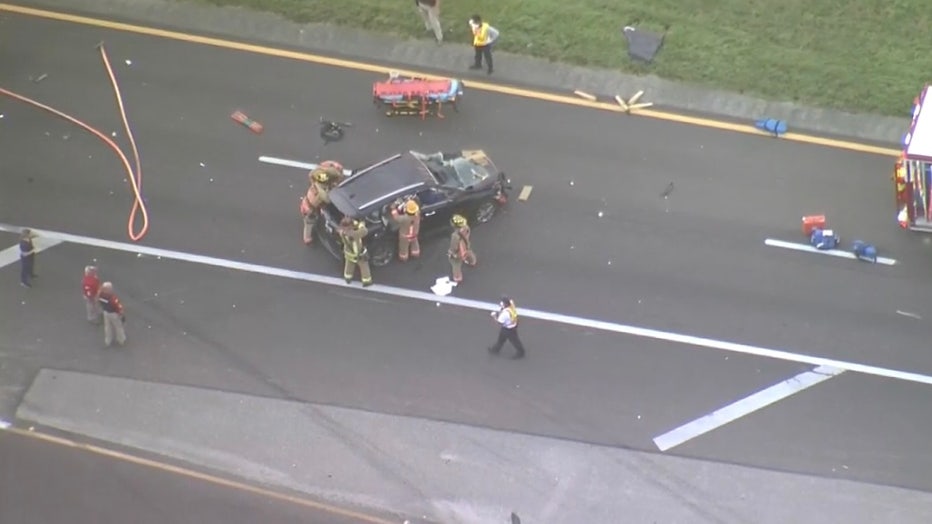 The driver of the SUV and the passenger car were not transported.