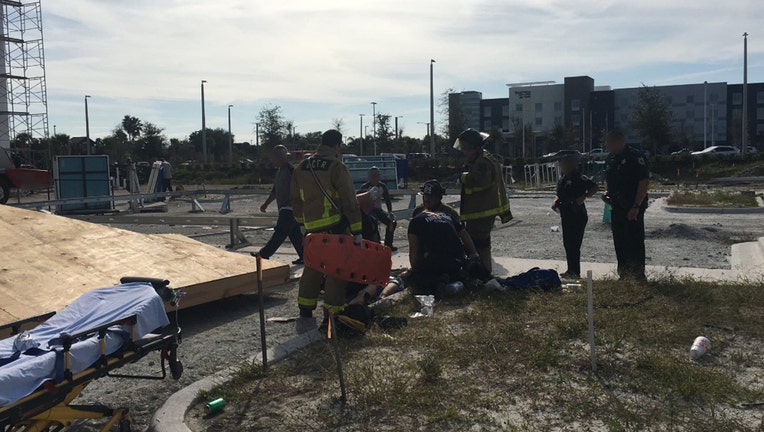 VIERA, Fla. - Two construction workers were injured on Saturday after a "large roof assembly" being lifted by a crane fell on top of them.

Brevard County Fire Rescue said on Twitter that 1 person was transported to a local hospital with non-life threatening injuries while the other was flown as a trauma alert.

According to Fire Rescue, the incident happened at a hotel that is under construction in Viera. Officials said a large roof assembly being hoisted by a crane fell on two workers, trapping them.

The Brevard County Sheriff's Office was called to the scene and they are investigating.