Discovery Cove recently welcomed 192 children with a wide range of illnesses or disabilities for a tropical day in paradise and to spend time learning about dolphins.

ORLANDO, Fla. - Nearly 200 children with a range of illnesses and disabilities got to spend a day at Discovery Cove in Orlando and hang out with the dolphins!

Dreamflight, a charity based in the United Kingdom, organized the 10-day trip for 192 kids.

This is the 18th year in a row that Discovery Cove has hosted the group at the park, helping to create unforgettable memories. 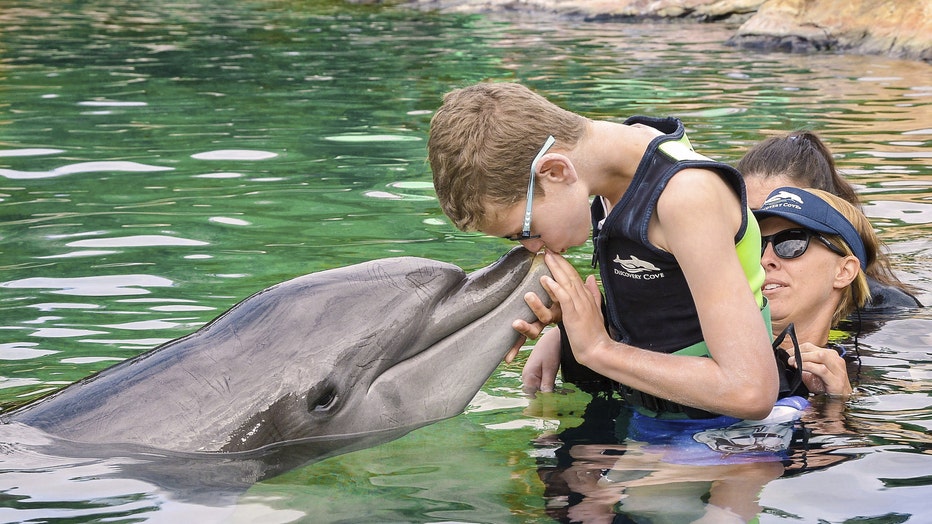 “Our entire team looks forward to this visit every year, working alongside the Dreamflight crew to create a truly unforgettable experience for these children,” said Kyle Miller, Park President. “I commend Dreamflight for their continued efforts and everyone on our team who give it their all to create memories these children will cherish forever.”

A large team of volunteer doctors, nurses, physiotherapists and others are on hand to escort the children during their visit.

Discovery Cove and SeaWorld Ambassadors prepared for the group's arrival days in advance, setting up planks on the beaches for easy wheelchair access and leveling the sand. “Dreamflight could not operate without the support of great partners like Discovery Cove, and the hundreds of volunteers from the United Kingdom and the Great State of Florida, who work tirelessly to give these deserving children a trip of a lifetime,” said Sally Wrampling, Dreamflight’s Director.

The charity hopes opportunities like this leave the children with confidence and newfound independence.

"For most children, this is the first time they have been away from their parents, and many return home with boosted self-esteem, a sense of independence and the knowledge that they are not alone," Dreamflight said in a press release. "Although the Dreamflight visit to Discovery Cove lasts only for one day, the benefits for these most deserving children are often life-long."