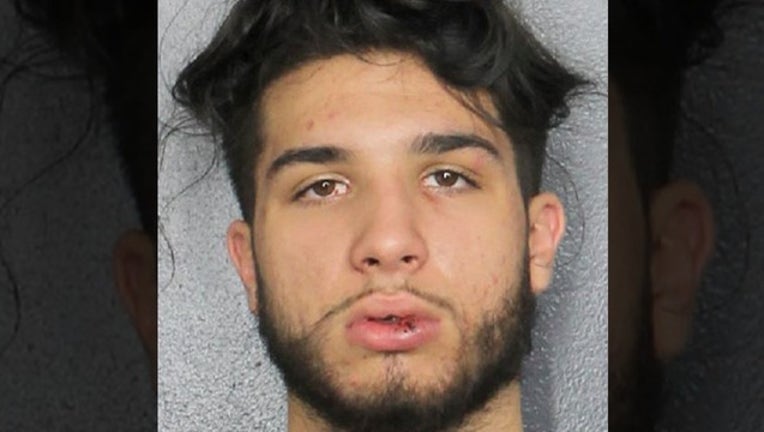 MIRAMAR, Fla. - A 15-year-old girl in South Florida is in a coma after police said she was sexually assaulted at a party and given drugs.

Jorge Martinez, 18, was arrested by Miramar police. He's charged with sexual battery, giving a controlled substance to a minor, and making or publishing child pornography.

According to an arrest report, the victim had a party at her house on Monday night. Word spead about the party on social media.

Martinez, who police say did not know the victim, showed up to the party and according to witnesses, gave the victim two Percocet pills.

Witnesses then said they went to the house where Martinez was staying where he offered to sell the pills at both locations.

Police said that Martinez posted a video to Instagram that appeared to show a naked girl in the background, face down. The arrest report states that in the video, Martinez could be heard saying he had sex with her "but the Perc got her knocked out bro."

The victim's friends reportedly recognized her in the video and went to look for her. When they found her, they said the girl's lips were blue and she was not breathing. She was taken to Palmetto General Hospital in Hialeah, and later airlifted to Nicklaus Children's Hospital in Miami.

Police said the 15-year-old was without oxygen to her brain for about 28 minutes.

The teen remains in "very critical" condition and in a coma.

Martinez reportedly admitted that he was with the victim at the home and posted the video to social media.