Girl dies after she was hit by car while crossing street

Her family told FOX 35 News that she was walking home from the beach when she was hit.

Blue was Sophia Nelson's favorite color. According to the Satellite Beach Police Department, the 12-year-old girl was struck by a vehicle around 5:37 p.m. on December 22 while crossing A1A near Ellwood Avenue. Her family said that she was heading home from a walk on the beach. She suffered very serious injuries and was transported to the Arnold Palmer Hospital in Orlando. She succumbed to her injuries on Christmas.

Her father told FOX 35 News that he held his daughter and said 'I love you' in the moments after the car hit her.

MORE NEWS: Legislation would make abandoning your dog outside during a hurricane a crime in Florida

20 crosswalks in Brevard County have gone up over the last year and there have been three pedestrian fatalities. However, Sophia's death, especially being so close to Christmas, is perhaps the sharpest yet.

"It’s a child in our neighborhood that was hit," said Shirley Wunderlich. She and several others got the idea to use tablecloths for Sophia’s ribbons because the plastic will hold up in the rain. 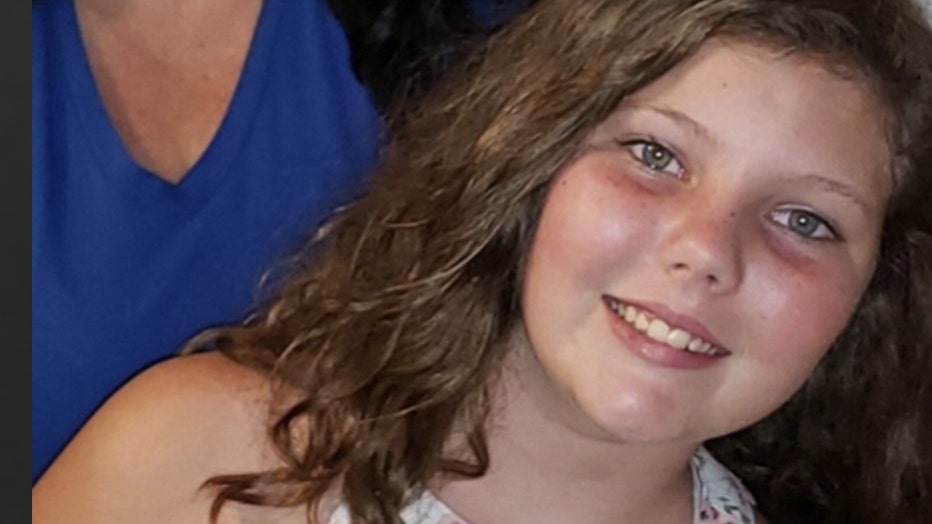 Georganna Gillette, the Executive Director of the Transportation Planning Organization for Brevard County told FOX 35 News that "motorists need to be aware, they need to be looking for pedestrians and bicyclists."

Gillette will work with Sophia’s father to organize educational programs about the crosswalks. She added that "our hearts go out to the Nelson family. This is beyond tragic, but this is a safety treatment that we need to look at a little closer, we need to work on education, and enforcement and I think that’s what we really need to do at this point."

Sophia was a six-grader at Surfside Elementary School. She loved the ocean and dolphins. Before she passed away, four of her organs were given to other child patients.