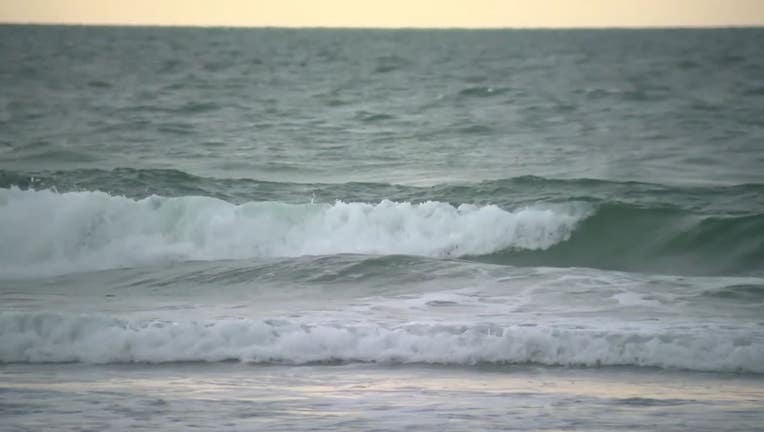 FLORIDA KEYS - A 10-year-old boy was attacked by a shark while in the Florida Keys and had to have part of his leg amputated, his family said.

Joshua Reeder, who is the boy's uncle, wrote about the heartbreaking incident on Facebook. He said his nephew, Jameson Jr., was on vacation with his family and were out on a boat snorkeling along a shallow reef when Jameson was attacked by what they believe was an 8-foot bull shark.

Reeder said the shark took a "crushing blow" below the boy's knee.

"As he screamed and cried for help while miraculously staying afloat on a noodle, my brother Jameson gathered his family on the boat and rushed over to rescue his son," Reeder wrote. "They saw Jameson Jr. holding on for dear life and jumped in to get him on the boat."

Jameson Jr. was brought to shore and airlifted to Miami Children's Hospital where he underwent surgery to remove his injured leg just below the knee to save his life.

Reeder said he was in Hawaii at the time and got the call from his brother that his nephew had been attacked.

The boy is now out of surgery and resting, his uncle said.

"He is still strong and in good spirits and will love and tell of this great story to millions of people all over the world of how Jesus spared his life and saved him."

The family has set up a GiveSendGo page to help support Jameson Jr.'s road to recovery. So far it has raised over $52,000.

There have been a number of shark attacks over the last few months reported in Florida, including three in just one week. Earlier this month, a 33-year-old Orlando man was bitten on the foot by a shark off the coast of Daytona Beach. Two days later, a shark bit a 13-year-old boy in the face while lobstering in the Florida Keys.

"I saw a big one, and I got it in my hand. On the way up, when I had the lobster in my hand, I felt a little tap on the back of my leg, and I looked behind me and the shark was in my face," Olivares Hricko said. The boy got 10 stitches in his lip.

Meanwhile, another man was reportedly bitten by a shark off the coast of Jacksonville Beach.

Gavin Naylor, the director for the Florida program for shark research at University of Florida, Told FOX 35 News we are still in the peak of shark bite season in Florida as it runs through September. He said 60% of all documented shark bites happen in low visibility water. "That’s because the sharks make mistakes. If it’s good clear water, they can see what they’re doing and we’re not on the menu. Sharks don’t target people. If they did, we’d have 10,000 bites a day."

According to FOX Weather, despite the number of shark attacks recently, experts say there's no need for concern. The chances of being bitten are extremely rare and are about 1 in 4 million.