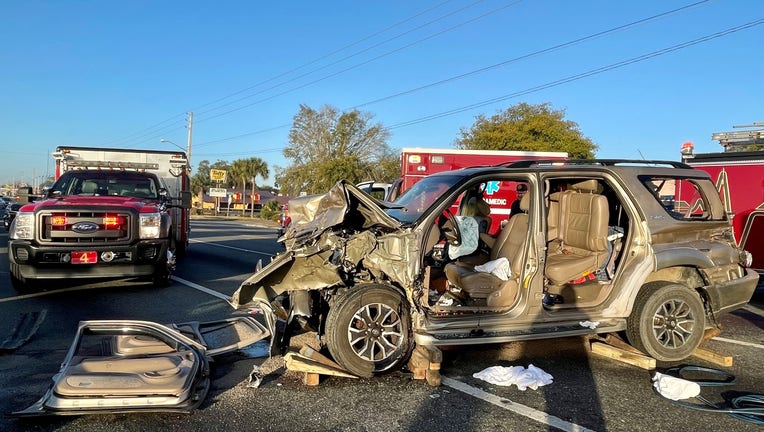 OCALA, Fla. - On Wednesday, at about 7:30 a.m., firefighters were called to the scene of a multi-vehicle accident at the intersection of SW College Road and SW 17th street in Ocala.

Crews found a white pickup truck resting against the driver's side of a flatbed truck and a sand-colored SUV with extensive front damage.
Officials said the drivers of the pickup and flatbed trucks were ambulatory, but the driver of the SUV had to be extricated.

Rescue crews said they were able to remove two minors from the SUV. Responders used extrication equipment to remove driver-side doors and lifted the front dash to reach the driver.
"Once removed, the driver of the SUV was trauma alerted to the hospital. One of the two minors traveling in the SUV was also transported," Ocala Fire Rescue.
The department said no other injuries were reported. 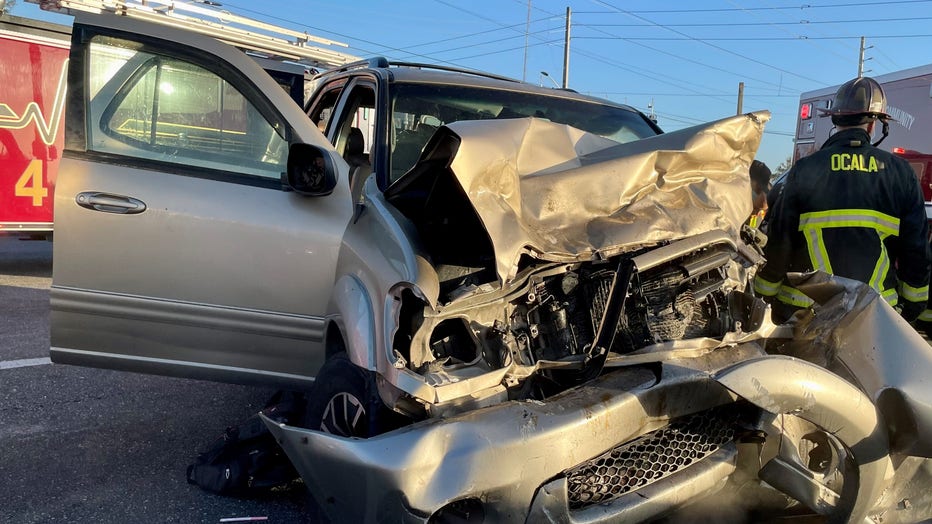 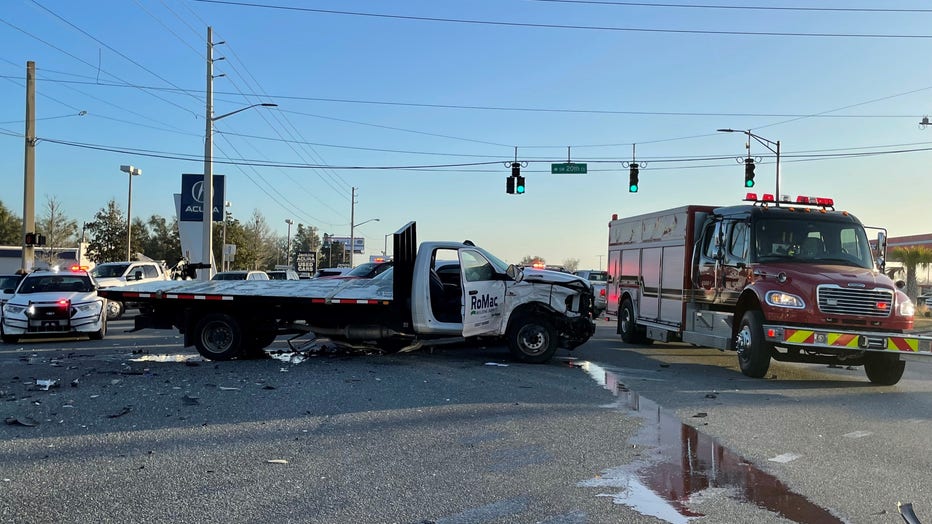 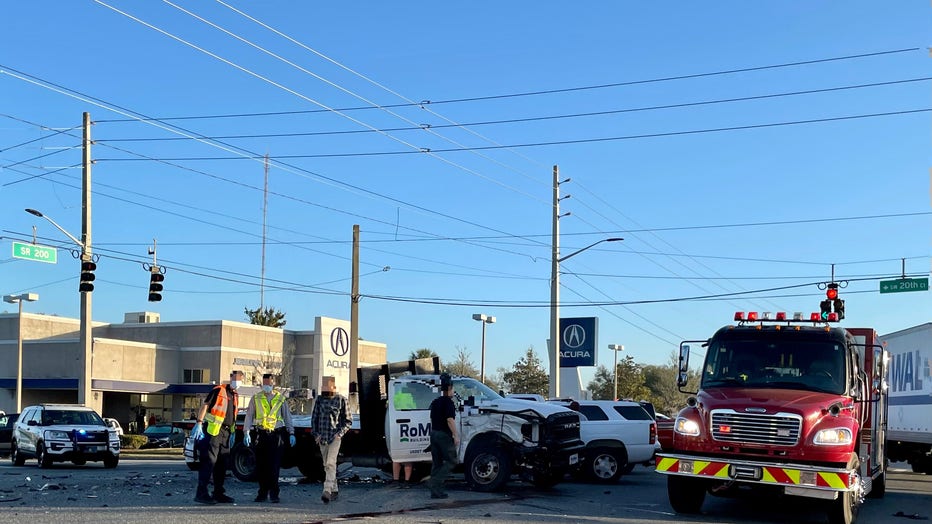