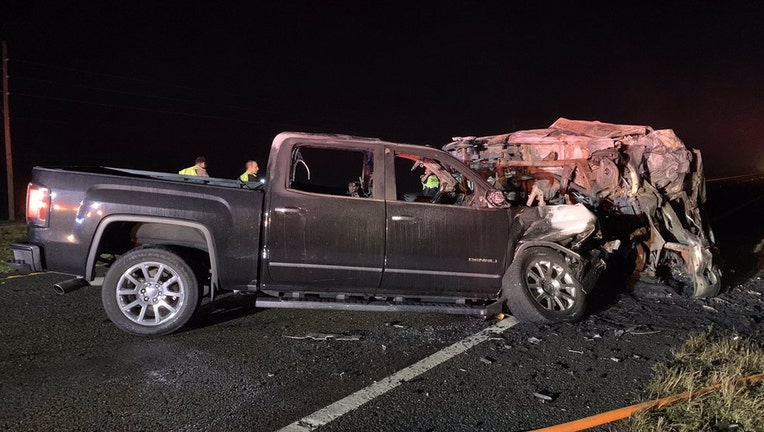 OSCEOLA COUNTY, FL - One person is dead and two others have been taken to the hospital after a wrong-way driver crashed into a vehicle on U.S. 192 on Tuesday.

The Florida Highway Patrol (FHP) said that a crash occurred in Osceola County at 4 a.m. on Tuesday on U.S. 192 and Hibiscus Road.

The driver heading the wrong way in the truck was pronounced dead at the scene, FHP said. Two occupants of the other truck were transported to a hospital.

The eastbound lanes of U.S. 192 are reportedly blocked at this time.

Tune in to FOX 35 News for the latest on this crash, including when the eastbound lanes of U.S. 192 will re-open.