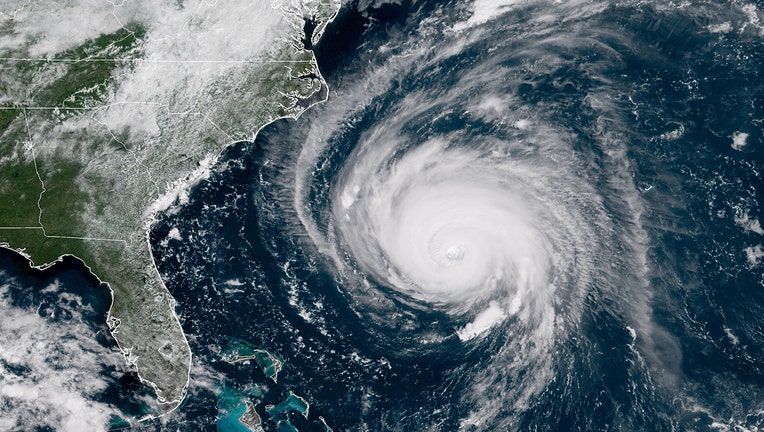 In this satellite image provided by U.S. National Oceanic and Atmospheric Administration (NOAA), Hurricane Florence churns through the Atlantic Ocean toward the U.S. East Coast on September 12, 2018. (Credit: NOAA via Getty Images)

A team of meteorologists at the National Oceanic and Atmospheric Administration is still reviewing the potential ramifications of adjusting the annual June start date for the Atlantic basin hurricane season, meaning if changes are suggested the move could be years away.

Currently, the hurricane season runs from June 1 to November 30, but a growing number of May storms caused meteorologists to start examining whether an adjustment to the season’s dates is needed and whether a start date in May is more suitable.

The last seven seasons all saw preseason development, but according to experts at the National Hurricane Center, there is more to the issue than meets the eye.

NHC Public Affairs Officer Dennis Feltgen said many May systems are short-lived and are now only being identified because of better monitoring and policy changes.

"People are getting engaged with messaging all the time about everything, and the question is how long can we keep people focused on hurricanes? With a May 15 start to the hurricane season, I think there are some messaging challenges," Klotzbach said.

A May 15 start date would mean there would be a lengthier run up to the months that are considered to be the heart of the season, when many of the hurricanes and more significant cyclones tend to form.

Hurricane experts consider the season’s peak to generally run from August 15 until October 15, which leads some to question whether preparedness messaging would be essentially drowned out because of the season’s extension.

For this reason, Klotzbach believes any potential changes might be driven more by social science versus cyclone formation patterns.

The start and end dates haven’t been adjusted since after the 1964 season, when June 15 and November 15 were the beginning and end dates.

A FOX Weather analysis found at least 90 cyclones have formed out of season since the mid-1800s, with nearly half of those occurring during May.

"We certainly are seeing more storm activity prior to June 1. Some of that is likely due to the fact that we have better observations, and we’re naming some of these marginal storms. But even accounting for that, I think we are seeing more storms early in the season," Klotzbach said.

Despite dozens of cyclones forming outside the allotted season, NOAA estimates more than 97 percent of tropical cyclone activity happens between the June 1 and November 30.

If NOAA decides a change in the season's dates is warranted, the agency would present its recommendations to the World Meteorological Organization, which then would be discussed amongst member nations.