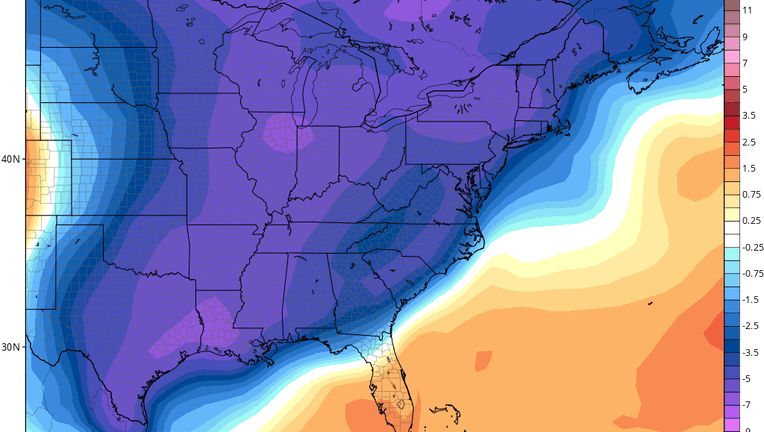 Orlando, Florida - We're finally feeling some fall-like weather this weekend, with seasonal temperatures and low humidity.  The big weather story this week will be Arctic cold for much of the eastern United States.  The image above shows temperatures will likely be well below normal from Texas and Louisiana through the Great Lakes, Mid-Atlantic and Northeast.  However, here in Central Florida, we'll be right on the border of that Arctic air.  High temperatures here should be near or above normal (70s & 80s) Sunday through Tuesday.  On Wednesday, that Arctic air will try to make its way through Central Florida.  High temperatures may hover in the 60s (or cooler) in some spots, or rise well into the 70s, depending on how far south the front drops.  Late-week temperatures look near-normal. 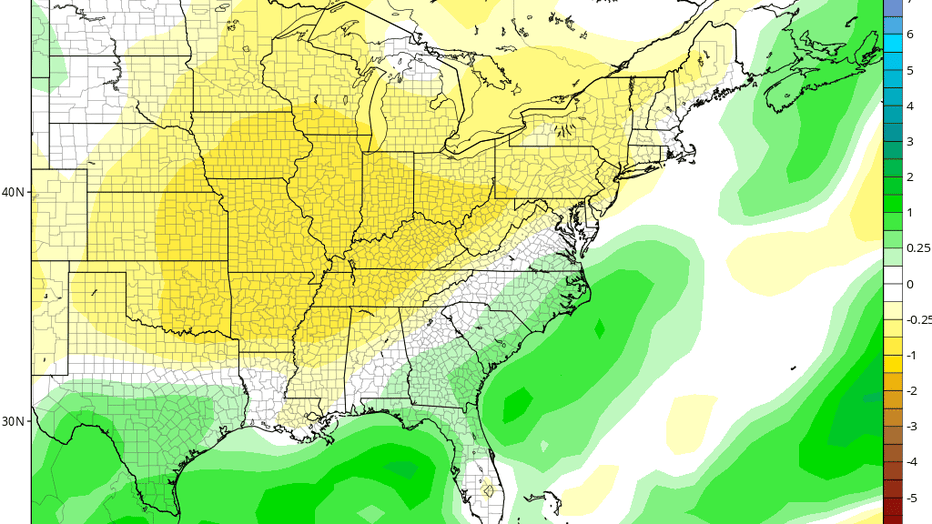 Rainfall this week looks mixed once again.  Normally, November is a dry month across the area, but there is at least one or two storm systems which may impact us from Thursday or Friday.  Until then, expect mainly dry conditions with a slight risk of passing showers.  Right now, some forecasts are showing some locations in Central Florida could pick up over 3" of rain from Thursday through Sunday, while other forecasts show less than 1/2".  We'll monitor and keep you updated. 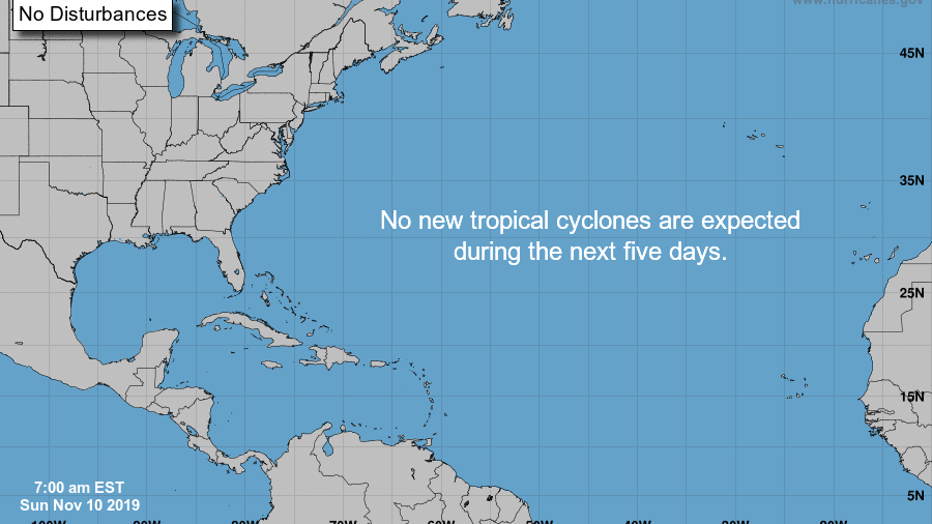 November is typically a quiet month for the tropical Atlantic Ocean.  The National Hurricane Center outlook shows no new areas of possible tropical development through the next five days. 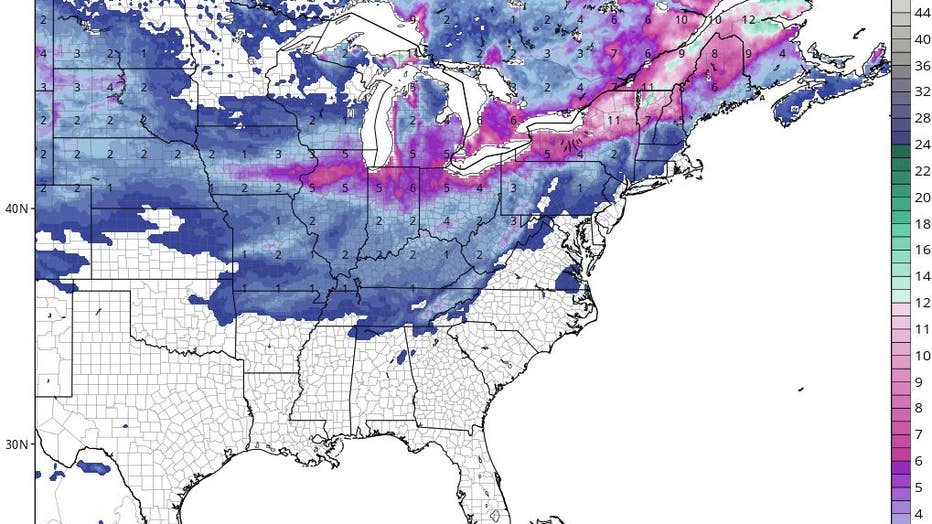 Finally, the Arctic air this week will be accompanied by snow for much of the eastern half of the United States.  Accumulating snow could fall as far south as Arkansas, Mississippi, Alabama, Georgia and South Carolina.  Some locations in the Great Lakes states could receive 6"-12" of new snowfall this week.  It's quite early in the season to see such totals and southern extent of snowfall; we'll track this big weather-maker through the week.