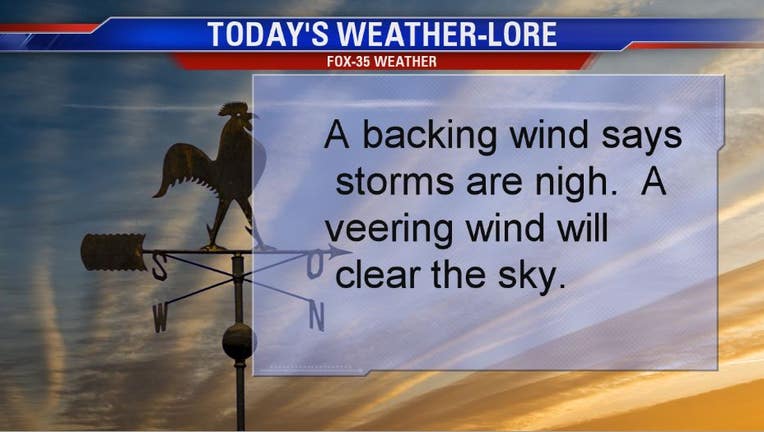 Orlando, Fl - Winds are named according to what direction they originate.  Easterlies blow from east to west while southerlies blow from south to north. Fair weather winds tend to blow from the north or west, while bad weather winds blow from the south or southeast.  If you note the wind is backing (shifting counterclockwise from north to southwest, for example) then a storm is approaching and bad weather is approaching.  If the weather has been lousy with clouds and rain, and you notice the winds veering ( shifting clockwise from south to west to north, for example) then you should see improving weather conditions.  GR