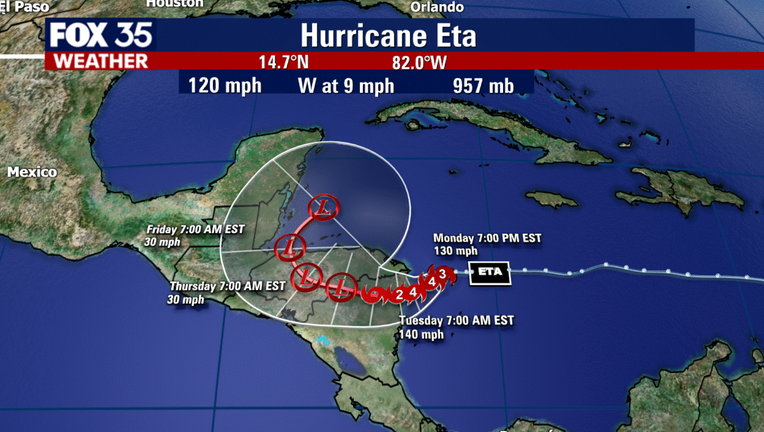 ORLANDO, Fla. - Eta is now a major hurricane and will continue to strengthen before making landfall in Nicaragua.

The National Hurricane Center (NHC) says that Eta, which formed on Saturday evening, became a hurricane on Monday morning. It has since strengthened into a Category 3 storm with 120 mph. It continues to intensify and could have category 4 strength, at least 130 mph, upon landfall.

They said Eta is currently moving westward at 9 mph. It is expected to make landfall on Tuesday on the coast of Nicaragua. It should weaken after moving inland Wednesday.

The following watches and warnings have been issued as a result:

Eta is the 7th named storm of the 2020 Atlantic hurricane season, making this season the year with the most named storms yet. 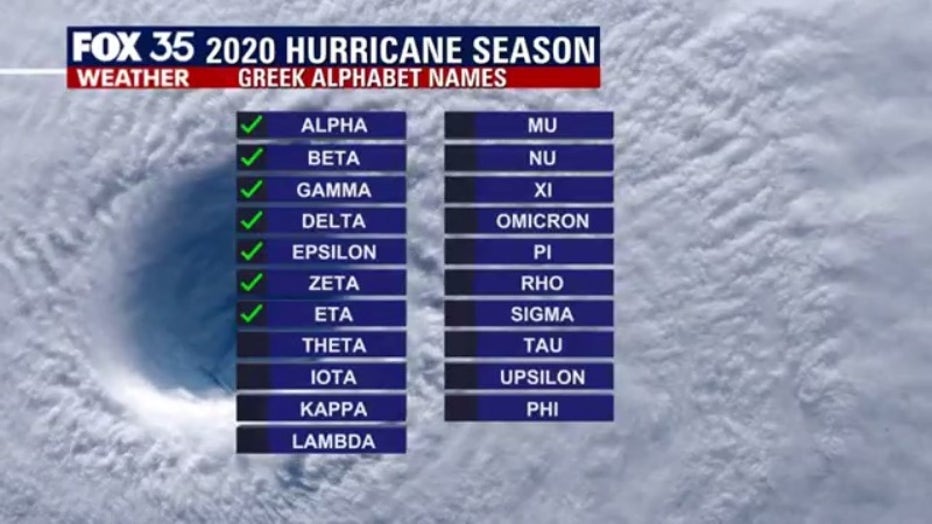 Several weeks of hurricane season remains as it does not end until November 20th.  Forecasters predicted that this season would be more active than most.