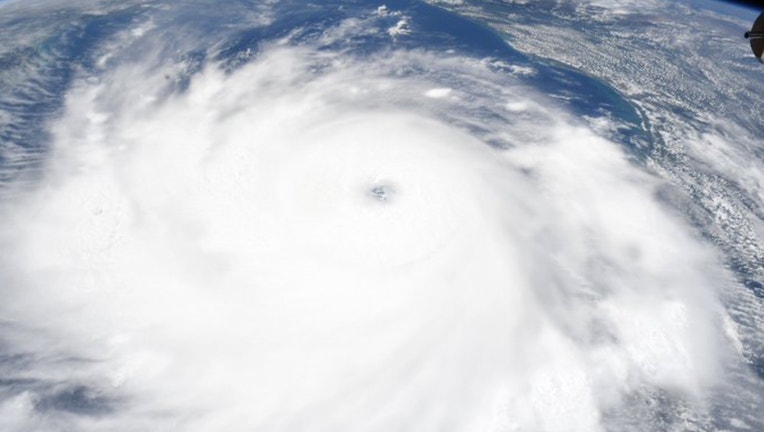 Hurricanes are keeping their staying power longer once they make landfall, spreading more inland destruction, according to a new study.

Warmer ocean waters from climate change are likely making hurricanes lose power more slowly after landfall, because they act as a reserve fuel tank for moisture, the study found. With Eta threatening Florida and the Gulf Coast in a few days, the study’s lead author warned of more damage away from the coast than in the past.

The new study looked at 71 Atlantic hurricanes with landfalls since 1967. It found that in the 1960s, hurricanes declined two-thirds in wind strength within 17 hours of landfall. But now it generally takes 33 hours for storms to weaken that same degree, according to a study in Wednesday’s journal Nature.

“This is a huge increase,” study author Pinaki Chakraborty, a professor of fluid dynamics at the Okinawa Institute of Science and Technology in Japan. “There’s been a huge slowdown in the decay of hurricanes.”

“If their conclusions are sound, which they seem to be, then at least in the Atlantic, one could argue that insurance rates need to start going up and building codes need to be improved ... to compensate for this additional wind and water destructive power reaching farther inland,” said University of Miami hurricane researcher Brian McNoldy, who wasn’t part of the study.

There’s less study of what hurricanes do once they make landfall than out at sea, so Chakraborty said he was surprised when he saw a noticeable trend in decay taking longer. Before he started the study, Chakraborty said he figured the decline in power shouldn’t change over the years even with man-made climate change, because storms tend to lose strength when cut off from warm water that fuels them.

It stops going, like a car that runs out of gas, he said.

But hurricanes aren’t running out of gas as much, especially in the last 25 years when the trend accelerated, Chakraborty said. To find out why, he charted the ocean temperature near where the hurricane had traveled and found it mirrored the decay trend on land.

Researchers then simulated hurricanes that were identical except for water temperature. Seeing the warmer water storms decayed slower, they reached their conclusion: The trend showing a slowdown of hurricane decay resulted from warmer ocean water temperatures, caused by the burning of coal, oil and natural gas.

“That’s an amazing signal that they found,” said National Oceanic and Atmospheric Administration climate and hurricane scientist Jim Kossin, who wasn’t part of the study but did review it for the journal Nature.

This study joins previous studies, many by Kossin, that show tropical systems are slowing down more, wetter, moving more toward the poles — and that the strongest hurricanes are getting stronger.