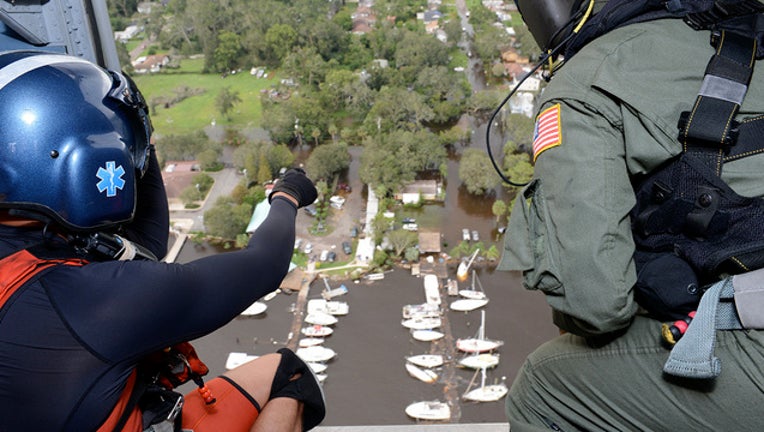 TALLAHASSEE (NSF) - Hurricane Irma has officially been tied to 34 deaths in Florida, but the number will rise.

The figure available Monday morning from the Florida Department of Law Enforcement and the Division of Emergency Management is still being updated.

Not every county has been recorded.

Absent is Monroe, where recovery efforts continue with ongoing door-to-door checks in the Keys. So far at least nine deaths have been tied to the storm in Monroe County, according to the Miami Herald.

Also, the Broward County count is at six, without listing any of eight residents of a sweltering Hollywood nursing home who died Wednesday. The deaths of the nursing-home residents have spurred a criminal investigation.

In addition to the residents of The Rehabilitation Center at Hollywood Hills in Broward County, the highest-profile victims have been a Hardee County sheriff's deputy and a state corrections officer.

Ossman, who had been with the Florida Department of Corrections for 21 years, also was killed in the crash, which remains under investigation.

The two officers are among nine deaths across the state attributed to a blunt-force injury and Irma.

Palm Beach County is listed at two deaths, both due to drowning. The Palm Beach Post reported a woman died Friday in Loxahatchee and that three people were hospitalized after carbon monoxide seeped into a house from a generator set up next to a garage.

Orange County has five deaths linked to the hurricane, including the carbon-monoxide deaths of a mother and two teenage children.

Four deaths have been reported in Hillsborough County, through drowning, skull fractures, blood loss and head injuries. Other deaths, meanwhile, have been linked to such causes as heart conditions.

One death has been tied to heat exhaustion, although the death in Broward County also was tied to “chronic alcoholism.”