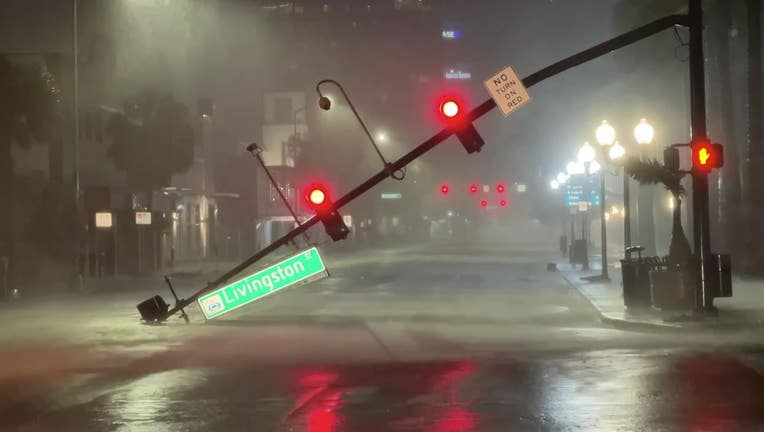 A damaged traffic light leans into the road in the aftermath of Hurricane Ian in Orlando, Florida on September 28, 2022.

As the scope of the damage left behind by Hurricane Ian becomes greater understood, private insurance companies are releasing estimates that put the destruction of the former Category 4 storm in the top 10 costliest in U.S. history.

Verisk Analytics, Inc., a New Jersey-based data analytics and risk assessment firm, said they expect insured losses to end up in the range of $42 to $57 billion.

A breakdown provided by Verisk Analytics said wind damage accounted for $38 to $57 billion, and storm surge damage could come in at around $3 to $5 billion.

The company notes that losses under the National Flood Insurance Program, impacts of litigation and property value impacted by social inflation could push the financial tally to $60 billion or more.

If the estimates are correct, the count would be similar to the damage caused by Hurricane Andrew in 1992 or Hurricane Irma in 2017. Both storms produced damage than ranged from $55 to $60 billion, based on 2022 Consumer Price Index adjusted values. 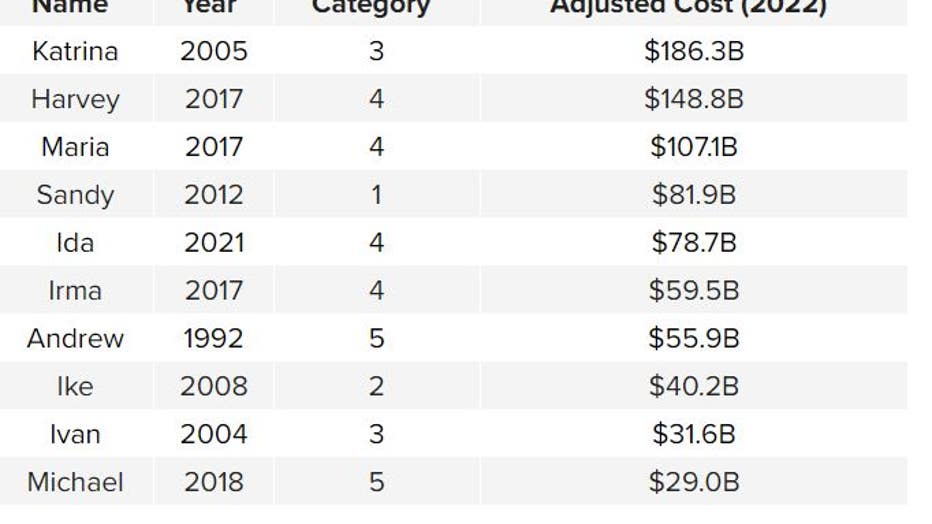 Hurricane Katrina, which made landfall in southeast Louisiana as a Category 3 in 2005, is the country’s costliest cyclone and produced over $186.3 billion in damage.

"We are still very much in the lifesaving and stabilization mode. They are just beginning the assessments of what the actual extent of damage is to the infrastructure," FEMA Administrator Deanne Criswell said during a recent news briefing. "It’s going to be in the billions. How many billions? I don’t know yet. But it will certainly be in the billions and perhaps one of the more costly disasters that we’ve seen in many years."

The deadliest storm in recent decades

More advanced forecasts and better emergency management efforts have led to a decrease in deaths from hurricanes in recent decades, but Ian bucked the downward trend of impacting human lives.

At last report, Hurricane Ian was blamed for causing around 100 deaths, which puts the storm in the top 25 for deadliest U.S. landfalls on record.

Before Ian, the most recent storm to make the list was Hurricane Katrina, which is thought to have killed 1,200 people in 2005.

Many of the country’s deadliest storms happened before naming practices started in 1950 and before there were widespread alerts. 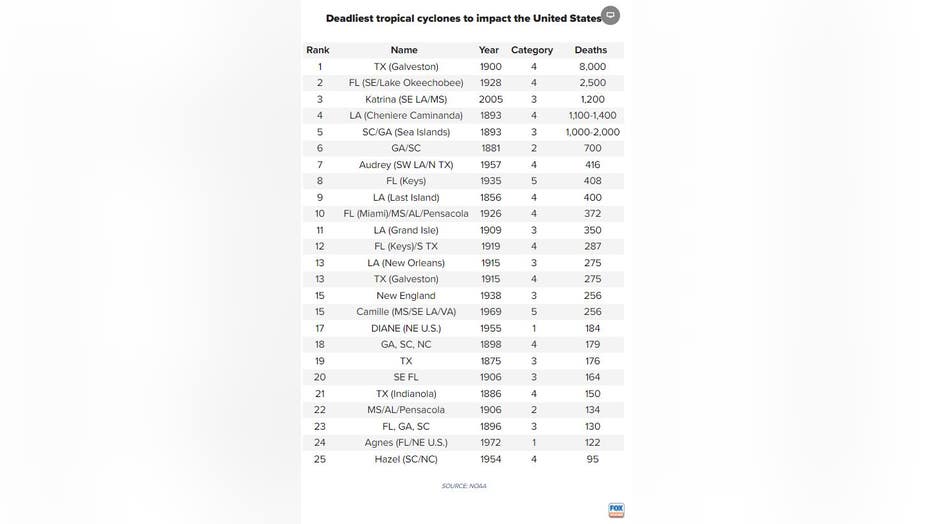 Seeing such a deadly storm in modern times is a rarity, which has many asking whether leaders in hard-hit zones made the right decisions on evacuations and if residents abided by orders.

"I believe that Lee County and their administration to include the emergency management director, fire chiefs and sheriff, made the best decision that you felt was right for their community at that time. And I will never second guess a local emergency manager on their decision to pull an evacuation center," Florida Department of Emergency Management Director Kevin Guthrie said during a recent briefing.

Search and recovery efforts are still underway across Southwest Florida, and officials warn it could be several weeks before the final toll is known.