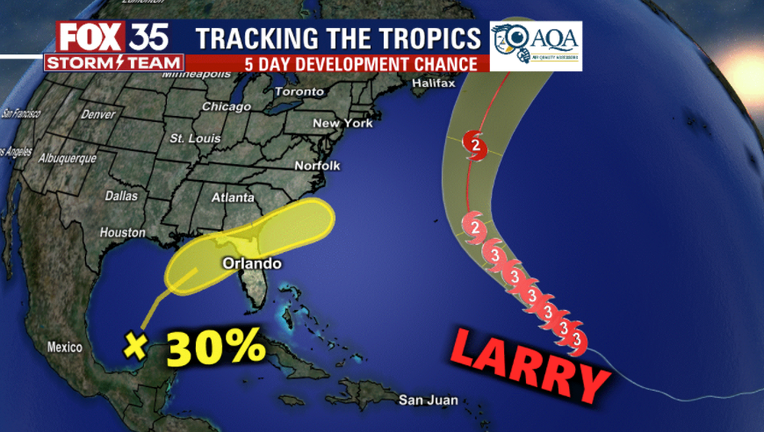 ORLANDO, Fla. - Larry remains a major hurricane, increasing the chance for dangerous surf and rip currents along the east coast of the United States this week, forecasters say.

The National Hurricane Center (NHC) said that Larry remains a Category 3 hurricane with maximum sustained winds near 120 mph. Some fluctuations are possible over the next couple of days and thereafter, gradual weakening is possible.

They said that the hurricane is still hundreds of miles east-northeast of the Leeward Islands. It is moving northwest at 10 mph. It is forecasted to stay at sea. 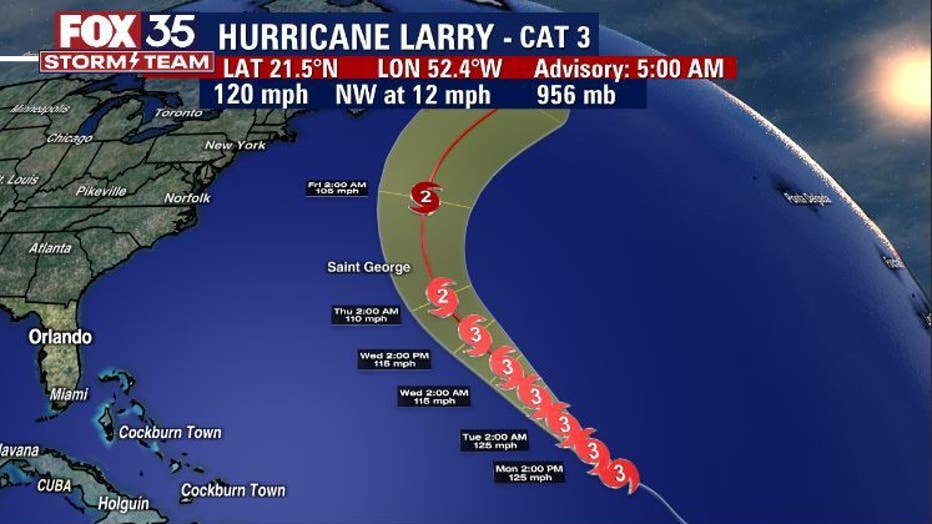 Despite this, swells generated by Larry could reach the east coast of the United States by midweek, the NHC said. It will impact the shore through the end of the week, potentially creating life-threatening surf and rip current conditions.

Meanwhile, the NHC is tracking a disturbance over the northern portion of the Yucatan Peninsula and the south-central Gulf of Mexico. The system is composed of showers and thunderstorms and is associated with a surface trough and an upper-level disturbance, they said. 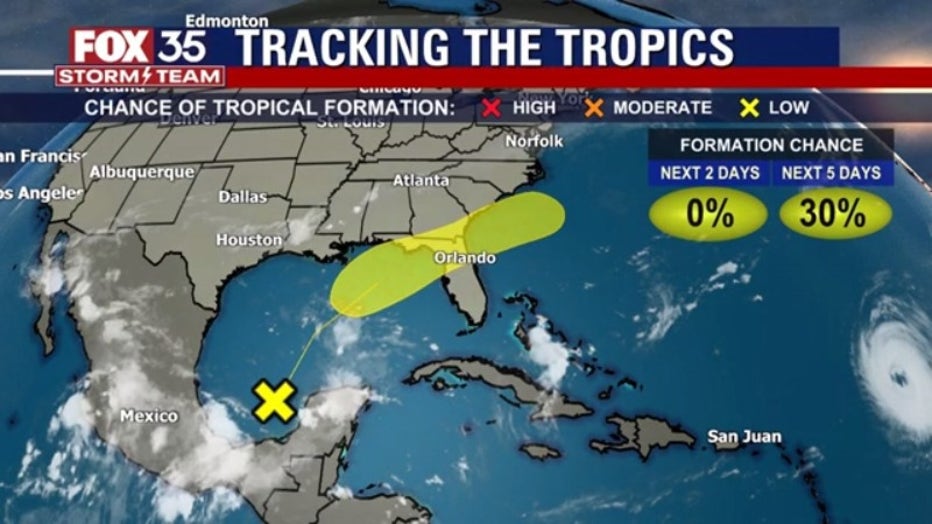 Winds are expected to become marginally conducive for tropical cyclone formation in a couple of days. Forecasters said that it has a 30 percent chance of formation over the next five days.

On the forecast track, they said that the disturbance is expected to cross the southeastern United States beginning midweek.FOX 35 Storm Team Chief Meteorologist Jayme King said that if it holds together, it could become a rainmaker for Central Florida.