As Hurricane Fiona intensifies to a major hurricane over the open ocean, its strengthening winds will push water up against the East Coast. This will result in dangerously high surf for our beaches this week.

The center of Hurricane Fiona was located about 130 miles southeast of Grand Turk Island late Monday afternoon and the storm was beginning to move away from Hispaniola where it has produced "catastrophic and life-threatening flooding." Maximum sustained winds increased on Monday and this trend will continue over the next 36 hours.  Tropical storm warnings for Puerto Rico, Vieques, and Culebra have beendiscontinued.

WHAT IMPACTS WILL HURRICANE FIONA BRING TO FLORIDA?

As Hurricane Fiona intensifies to a major hurricane over the open ocean, its strengthening winds will push water up against the East Coast. This will result in dangerously high surf for our beaches this week. Because of larger waves, the rip current risk will also be at the highest level. Surf will reach levels as high as 5-7 feet along the Atlantic shores in Florida. 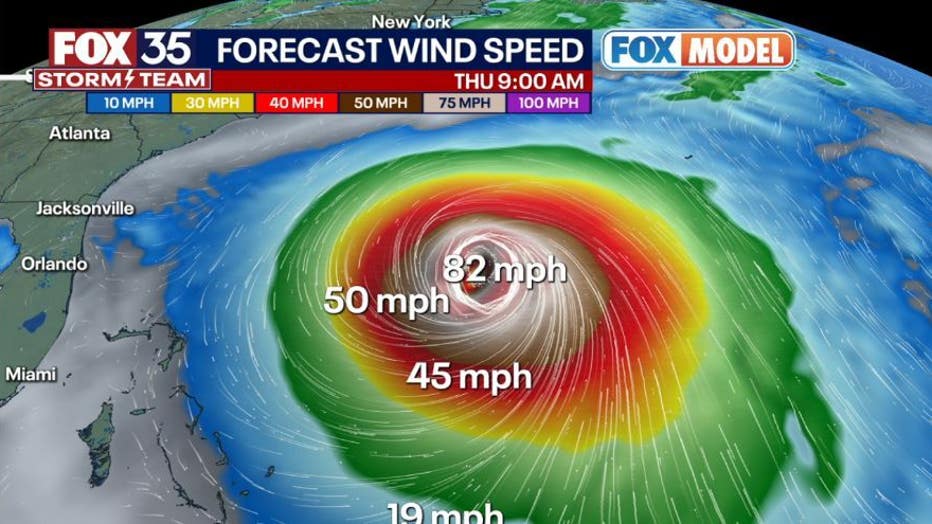 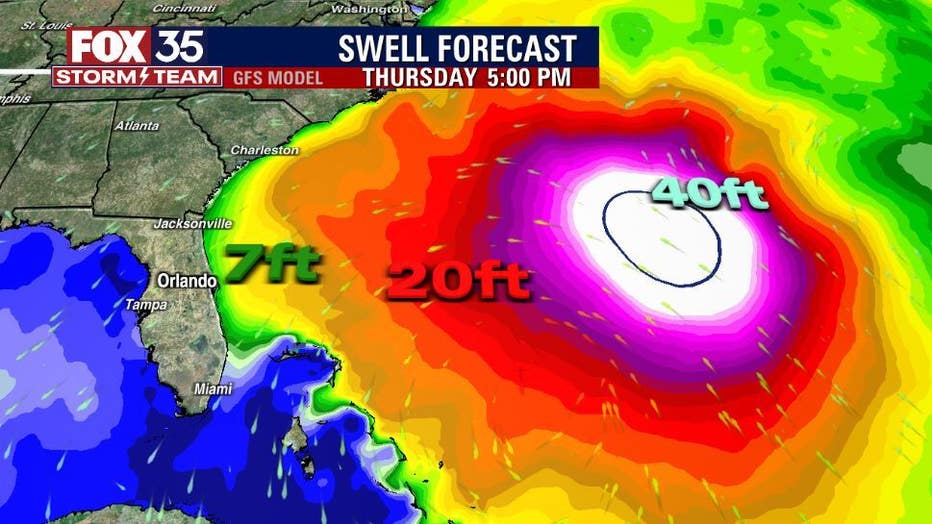 WHAT DOES THIS MEAN FOR BEACHGOERS?

If you have plans to head to the beach this week, swimming will be very dangerous. The rip current risk will be life-threatening, meaning anyone is vulnerable—even experienced swimmers! If you would to be in the water, make sure you aren't swimming alone and be close to a lifeguard.

Experienced surfers are likely the only ones who benefit from the high surf, but even they are not immune to the hazardous conditions.

Volusia County was under a red flag warning Monday, which means high surf or strong currents. A high surf advisory is expected through the week and weekend.

"The wave comes, you come up again, a little bit deeper, until before you know it you’re overhead and that’s when people tend to panic," said Volusia County Beach Captain A.J. Miller. 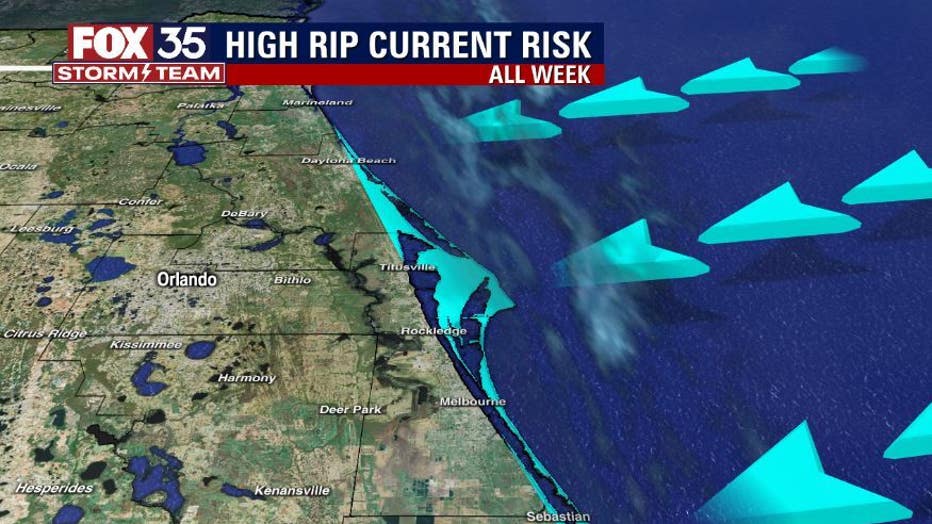 WHAT DO YOU DO IF CAUGHT IN A RIP CURRENT?

If caught in a rip current, Captain Miller said it is important to swim near a lifeguard tower, stay calm, do not panic, float, and signal for help.

"The name of the game is staying calm when you are in the water, stay waist-deep, and if you do get in trouble, don’t panic," he said. "Float, signal for help, so we can see you, and we’ll come get you out of the water safely," he said.

He also recommended people download the Volusia County Beaches mobile app for the latest rip current risk, and where lifeguard towers are.

HOW LONG WILL THIS LAST?

It is expected that the rip current risk will be the highest Wednesday, through this weekend. Surf will begin decreasing late Sunday as Fiona moves farther north.