FOX 35 meteorologist Alison Gargaro gives the latest in the tropics.

A day after roaring ashore as a hurricane, Hanna lashed the Texas Gulf Coast on Sunday with high winds and drenching rains that destroyed boats, flooded streets and knocked out power across a region already reeling from a surge in coronavirus cases.

Downgraded to a tropical storm, Hanna hovered over the U.S.-Mexico border in the morning with winds near 50 mph, the National Hurricane Center said. It was expected to unload as much as 18 inches of rain on parts of South Texas and northeastern Mexico.

Shelters were opened in hotels, schools and gyms. In Hidalgo County, Texas, a community building in the town of Mercedes known as the “Dome” was set aside for evacuees who had tested positive for COVID-19 or were exposed to the virus. The county instructed those who needed shelter to bring masks and hand sanitizer if they could.

TRACK THE TROPICS: The FOX 35 Hurricane Center gives you the latest on the 2020 Atlantic hurricane season, including the latest forecast models and storm tracks.

Coastal states scrambled this spring to adjust emergency hurricane plans to account for the virus, and Hanna was the first big test.

Gov. Greg Abbott said Saturday that some people in need of shelter would be given hotel rooms to keep them apart from others.

“We cannot allow this hurricane to lead to a more catastrophically deadly event by stoking additional spread of COVID-19 that could lead to fatalities,” he said.

The first hurricane of the 2020 Atlantic season blew ashore as a Category 1 storm late Saturday afternoon with winds of 90 mph not far from Port Mansfield, which is about 130 miles south of Corpus Christi. 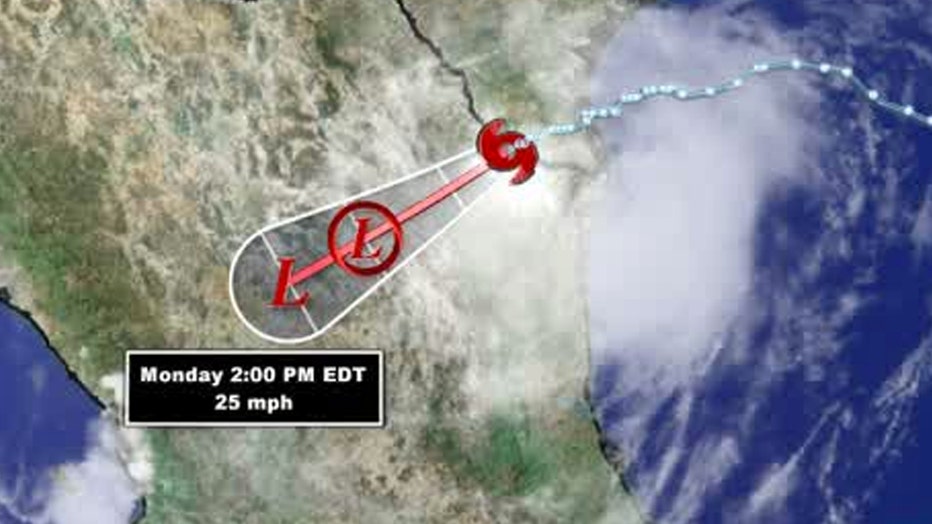 Parts of South Texas had gotten at least 9 inches of rain, including Cameron County, which includes Brownsville.

Myrle Tucker, 83, tried to ride out the storm in a powerboat docked in a Corpus Christi marina. But winds and rain blew out the vessel’s windows. Eventually, rescuers in a dinghy were able to reach him and bring him to shore.

Tucker was standing in the marina Sunday holding a cup of coffee. Many other boats had been flooded and lashed by the storm. He recalled telling the rescuers he wasn’t sure he would be able to climb out of his boat.

“They picked me up,” he said. “They carried me like a box of napkins.”

The Coast Guard helped rescue a couple without injuries after their sailboat began taking on water Saturday evening in a harbor near Corpus Christi.

More than 180,000 customers were without power Sunday morning throughout South Texas, including Corpus Christi, Harlingen and Brownsville, according to AEP Texas.

Corpus Christi is in Nueces County, where health officials made headlines when they revealed that 60 babies tested positive for COVID-19 from July 1 to July 16. Farther south in Cameron County, more than 300 new cases have been reported almost daily for the past two weeks. The past week has also been the county’s deadliest of the pandemic.

Sherry Boehme, who lives in a condo along the beach in Corpus Christi, said the storm’s approach increased the anxiety she has felt during the pandemic. The 67-year-old woman has mostly stayed at home because of health problems related to chronic lung disease. 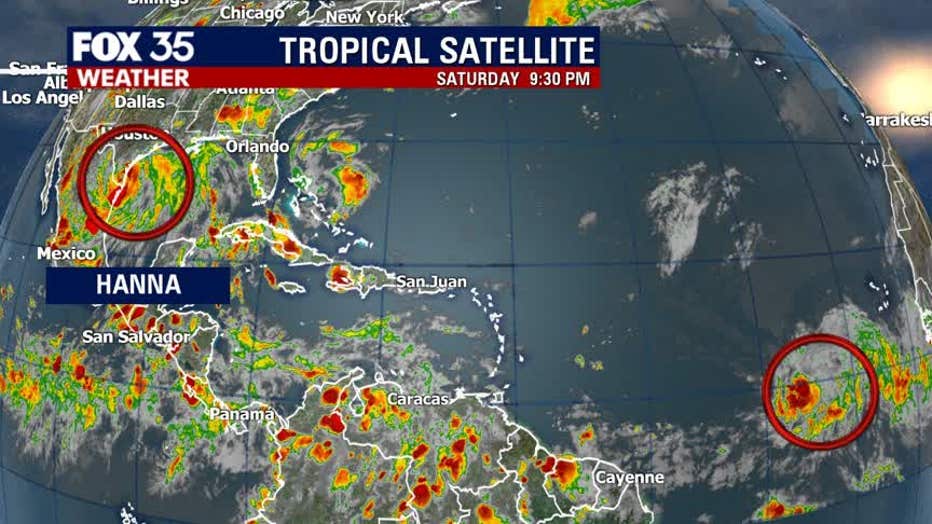 “It’s almost like a double whammy to us,” Boehme said Saturday by phone. “I think it’s made a lot of people nervous. ... We’ll get through it. Everybody is good and strong and sticks together.”

Hanna came nearly three years after Hurricane Harvey blew ashore northeast of Corpus Christi. Hanna was not expected to be as destructive as Harvey, which killed 68 people and caused an estimated $125 billion in damage in Texas.

In the Mexican city of Matamoros, across from Brownsville, volunteers kept a close eye on Hanna as the rains shook tents in a refugee camp housing an estimated 1,300 asylum seekers, including newborns and elderly people. They have been waiting for months for court dates under a U.S. immigration policy that requires them to remain in Mexico.

In the Pacific Ocean, meanwhile, Hurricane Douglas closed in on Hawaii over the weekend.