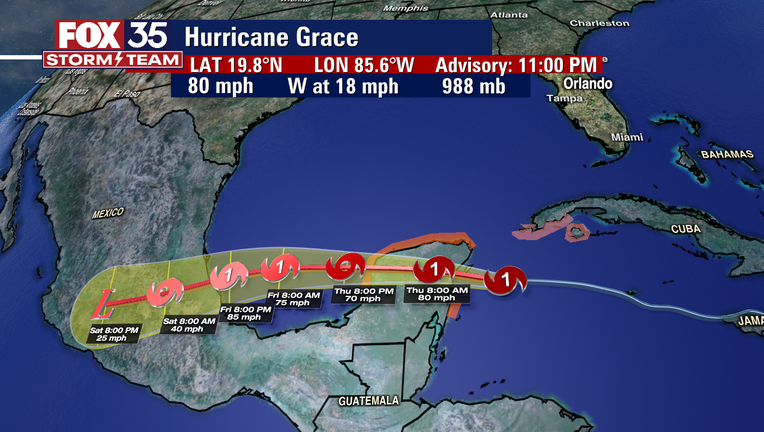 ORLANDO, Fla. - Hurricane Grace formed in the Western Caribbean Sea on Wednesday, marking it the second hurricane of the 2021 Atlantic season.

Further strengthening of Grace was expected before landfall on Wednesday.

In addition, Tropical Storm Henri could become a hurricane by the weekend too.

Grace has officially strengthened into a hurricane while moving west of the Cayman Islands on Wednesday.

The National Hurricane Center (NHC) said that the hurricane is packing maximum sustained winds of 80 mph, making it a Category 1 storm. Some strengthening is expected before landfall on the Yucatan peninsula.

On the forecast track, Grace is expected to make landfall in the eastern Yucatan Peninsula during the next six to twelve hours, move across the Yucatan Peninsula on Thursday, and move over the southwest Gulf of Mexico late Thursday through Friday.

Grace is expected to weaken as it crosses Yucatan, but re-intensification is expected when the center reaches the Gulf of Mexico. 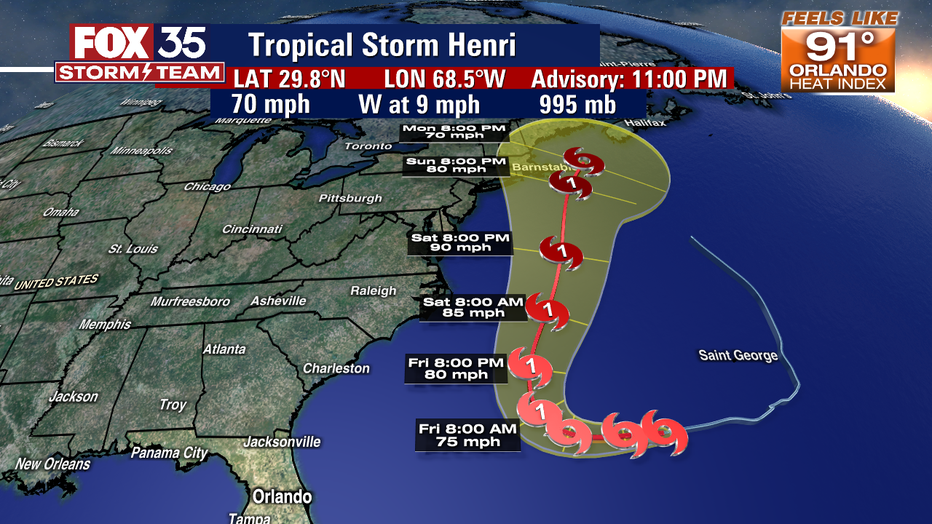 The NHC said that Henri is packing maximum sustained winds of 65 mph with higher gusts. Little change in strength is forecasted through Thursday but the storm could still become a hurricane by the weekend.

Henri is not currently expected to impact land.