ORLANDO, Fla. - It has been a rain-filled Memorial Day here in Central Florida.

As tropical moisture has increased in the south, most of the rain has remained along Florida's eastern coast in Brevard and Volusia counties.

"There's a lot of energy still to our south and that is lifting to the north," said FOX 35 Chief Meteorologist Glenn Richards. "As we go into the evening, expect additional rainfall.  We could see an additional half-inch to an inch of rain."

Richards said there is the potential for passing storms through 10 p.m. in the FOX 35 viewing area but especially in coastal counties.

"As we head into the overnight hours, we could see more rain," said Richards.

A flood watch is also in place for Seminole, Orange, Brevard, Osceola, and Indian River Counties until 8 a.m. on Tuesday morning. Low-lying areas could fill up rather quickly as the concentrated rainfall could bring accumulations to over four inches in some areas. 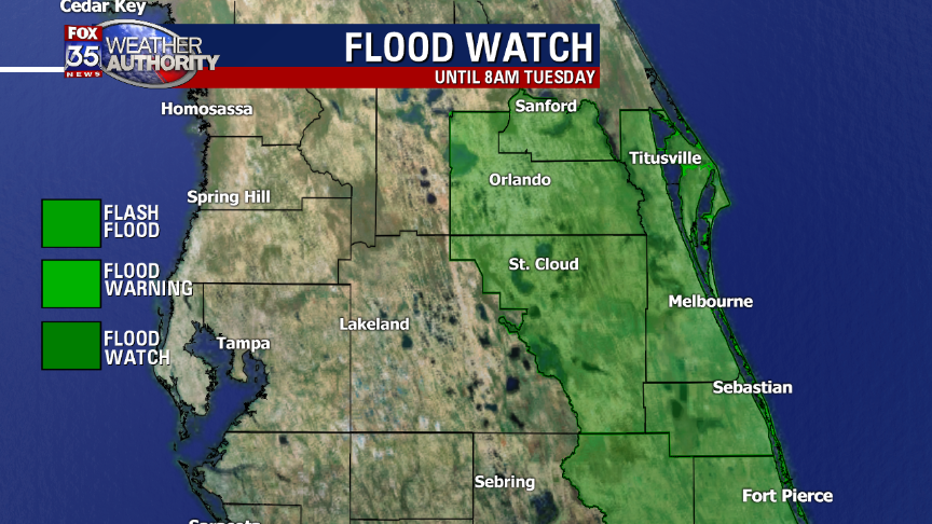 It's been quite a while since Central Florida seen heavy rain potential. A FOX 35 Weather Alert Day remains in effect because of the potential for flooding and coastal thunderstorms. Our meteorologists will let you know what to watch out for and if the weather will turn severe as it passes through the region.

The Storm Prediction Center has parts of east Central Florida in a "marginal risk" for severe storms through Monday evening. That includes a few passing storms, heavy rain threat, isolated and brief tornadoes, and perhaps a coastal waterspout. 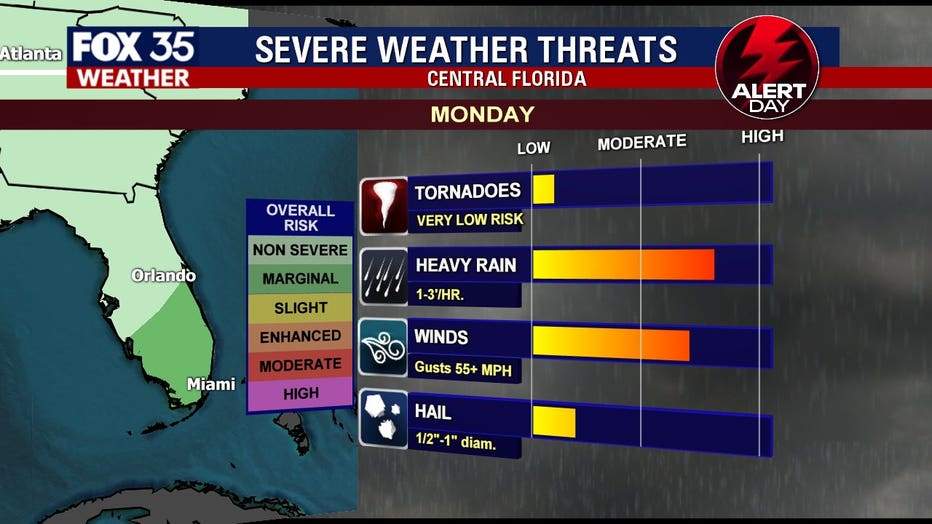 Highs on Tuesday will reach into the upper 80s with a later start to the rain expected.

"On Tuesday, things will heat up in the afternoon, and we could see more storms," Richards added.

He also noted that the pattern will continue into Wednesday, and inclement weather could be a factor for a planned launch on at Cape Canaveral. 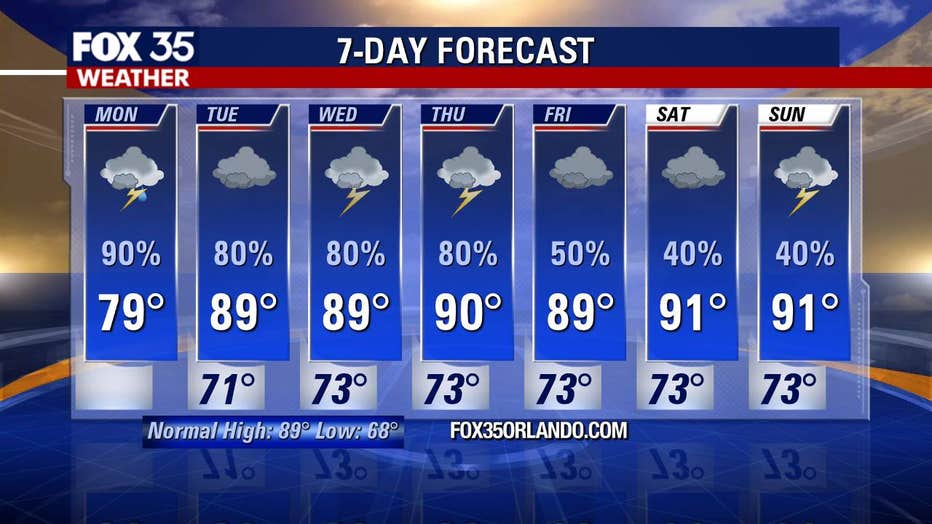 Download the FOX 35 weather app as we monitor the chance for severe weather throughout Central Florida on this Memorial Day.