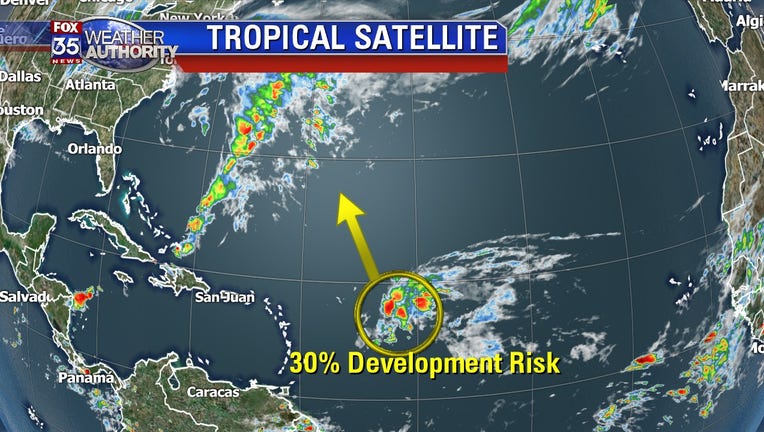 Orlando, Florida - The month of November is typically a quiet month for tropical activity across the Atlantic Ocean.  However, the National Hurricane Center is currently monitoring a large area of disturbed weather hundreds of miles east of the Lesser Antilles.  The NHC says some slow development is possible during the next few days while it moves northwestward and then northward over the open Atlantic.  By Wednesday, the disturbance is forecast to merge with a frontal system with no further development risk.

Currently, there's only a 30% risk of development in the next two days and a 40% risk in the next five days.  If we were in August or September, the atmosphere in the central Atlantic basin would likely be favorable for tropical development.  Now, however, there's ample wind shear, dry air and cool ocean temperatures for this system to overcome.  There is no risk to Florida or any other land areas.  If the system does develop into a named storm, it will be called Sebastien.