GULF COAST - Hurricane Nicholas made its U.S. landfall at 12:30 a.m. in Matagorda, Texas as a Category 1 storm early Tuesday.

The National Hurricane Center (NHC) said Nicholas has since weakened to a tropical depression. Nicholas is expected to cause life-threatening flash floods across the deep south during the next couple of days. The storm threatens to dump up to 20 inches of rain.

A slow-motion toward the east is expected tonight through Wednesday night, followed by a northward drift on Thursday. 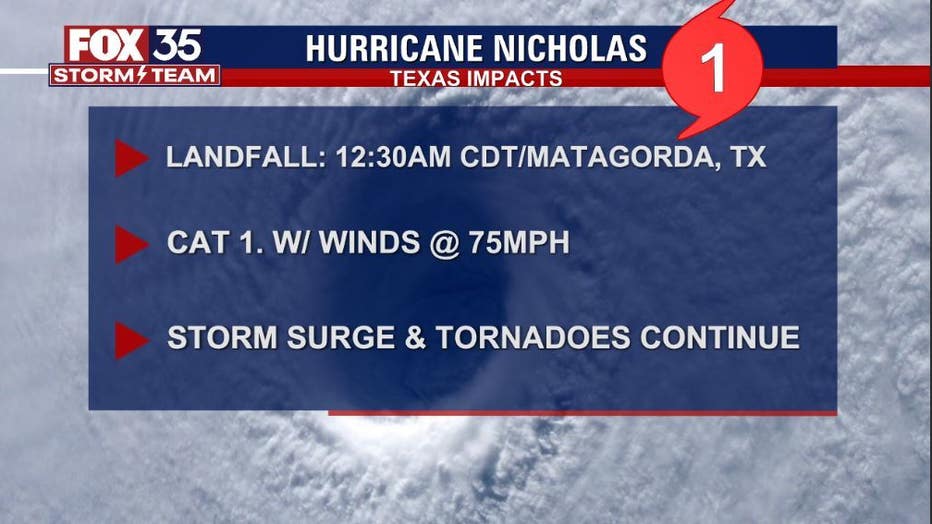 Meanwhile, the FOX 35 Storm Team is monitoring three other systems for development.

Two tropical waves located just west of the African coast are producing a large area of showers and thunderstorms that are showing signs of organization.

"Environmental conditions are expected to remain conducive for development, and a tropical depression is likely to form during the next couple of days while the system moves generally westward at about 15 mph across the eastern tropical Atlantic Ocean," the NHC said. 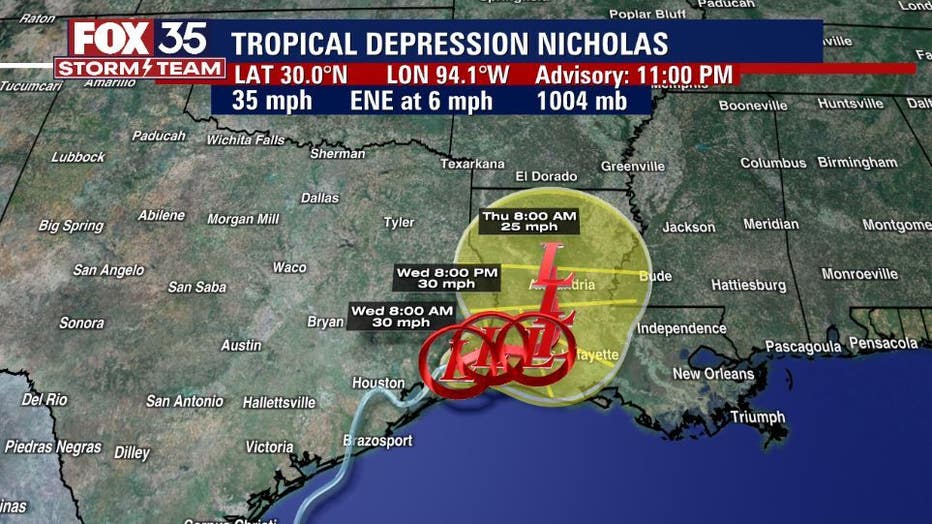 It's still too soon to tell if this system will have any effect on the U.S. We will be tracking.

Also, an area of low pressure is forecast to form by midweek a couple of hundred miles north of the southeastern or central Bahamas as a tropical wave interacting with an upper-level trough, the NHC said. Forecasters say a tropical depression could form later over the next few days while the system moves north-northwestward or northward across the western Atlantic. 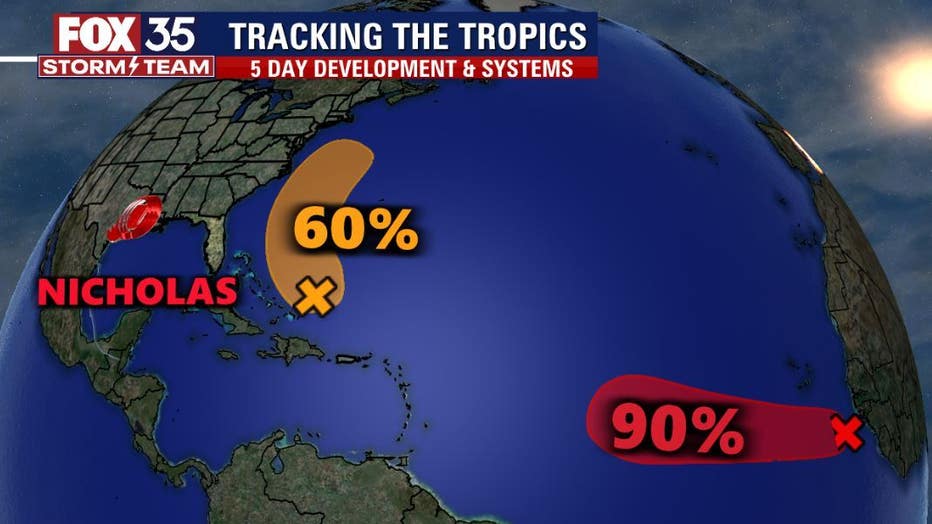