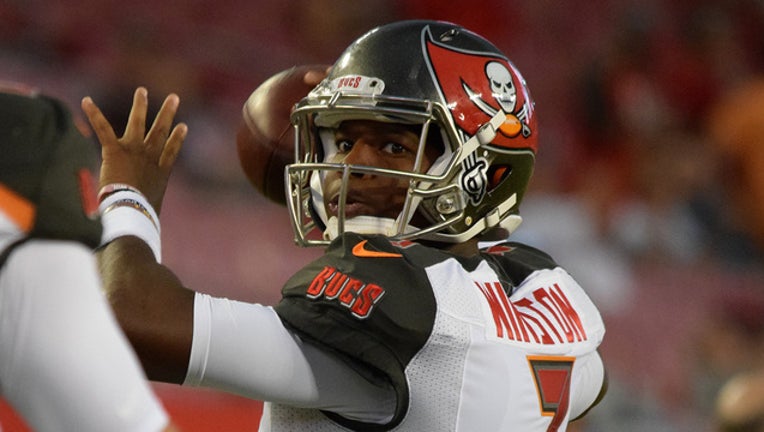 Arians became the club's fourth coach in a decade in January, inheriting a team that's coming off consecutive 5-11 finishes and missed the playoffs 11 consecutive seasons - the second-longest stretch of futility in the NFL.

Only the Cleveland Browns, who haven't made the playoffs since 2002, have gone longer without a postseason berth.

The Bucs concluded the team's three-day minicamp on Thursday, with Arians delivering a glowing assessment of the progress made this spring.

Players will be off until training camp begins in late July.

"Are we there? No, but I like where we're at right now," Arians said. "The work ethic of this group is amazing. Everybody shows up, everybody works, everybody's bought in, so that's all you can ask as a coach. Hopefully we'll stay in shape and have everybody report healthy when we get back."

In addition to being hired to try to help Winston reach his potential as a quarterback while transforming the Bucs into winners, Arians is tasked with fixing a defense that allowed the second-most points in the league last year.

Winston, who'll make nearly $21 million this year in the final season of the contract he signed as the No. 1 overall pick in the 2015 draft, is impressed with the changes under way on both offense and defense.

The fifth-year pro, whose career has been marked by inconsistency, is excited about working with Arians and offensive coordinator Byron Leftwich. He stressed his focus this spring has been on improving his footwork and protecting the football.

In 56 career games, the 25-year-old has completed 61.6 percent of his passes for 14,628 yards, 88 touchdowns and 58 interceptions. The Bucs are banking on Arians to be able to help Winston cut down on turnovers and prove he's the team's long-term answer at quarterback.

The task begins in meeting rooms and on the practice field, where Winston has been facing a retooled defense.

Defensive lineman Ndamukong Suh participated in the mandatory minicamp after signing on a one-year contract two weeks ago; first-round draft pick Devin White is expected to be an immediate starter at inside linebacker; and several young cornerbacks and safeties are competing for jobs in the secondary.

"The competition is tremendous. ... We can only go up," Winston said.

"It's showing," Arians said. "Both of them - Clyde and his fundamentals, and Byron on the headwork stuff. He's getting coached as hard as he can, and one thing about Jameis is you know he is going to work."

The former Arizona Cardinals coach, who came out of retirement to replace Dirk Koetter, reiterated that he's encouraged by the attitude and work ethic of the entire team.

Suh has only been with the team for a short time. Still, he's confident Arians has the Bucs headed in the right direction.

"I think the important thing is to forget about the past. There's a new regime and new understanding of none of the past stuff matters," the three-time All-Pro, who's also played for the Detroit Lions, Miami Dolphins and Los Angeles Rams over a 10-year career, said.

"Yes, he has to set the tone," Suh added. 'But that doesn't mean anything if we all don't buy in."