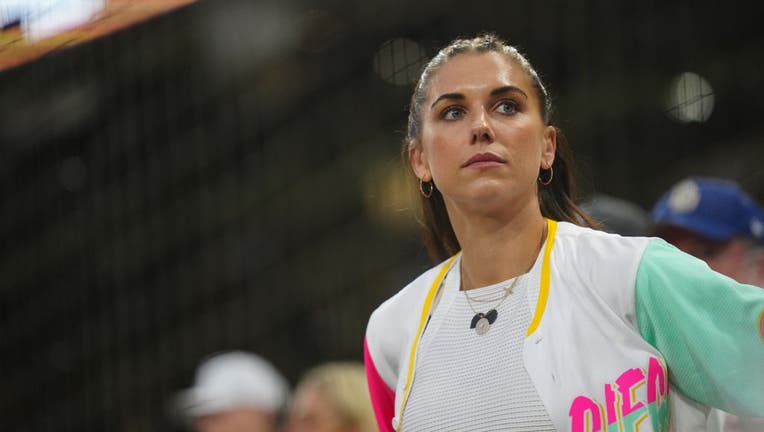 Alex Morgan has been included on the United States women’s roster for a pair of exhibition matches against Germany after missing the team’s recent games in Europe with a knee injury.

Mallory Pugh and Taylor Kornieck, who also missed the Americans’ losses earlier this month to England and Spain, were also named to the 24-player roster. Goalkeeper Adrianna France earned her first call-up since last year.

Morgan, who won the Golden Boot in the National Women’s Soccer League with 15 goals this season for the San Diego Wave, needs two more appearances to become the 13th player to play in 200 games for the U.S.

The U.S., No. 1 in the FIFA rankings, finishes the year with matches against Germany on Nov. 10 at Fort Lauderdale, Florida, and on Nov. 13 at Harrison, New Jersey. Its current two-game skid is its first in 5 1/2 years.

Germany, ranked No. 3, was the runner-up to England at the Women’s Euros. Both the U.S. and Germany are on the field for next summer’s World Cup in Australia and New Zealand.

"These are the kinds of games that help our World Cup preparation in many ways and these 180 minutes to end our schedule this year are going to be extremely valuable for the players and coaches," U.S. coach Vlatko Andonovski said. "It will be good to get some players back on the roster, and we’re all expecting these games to be very competitive and entertaining for fans."

The U.S. roster by position, with club affiliation: