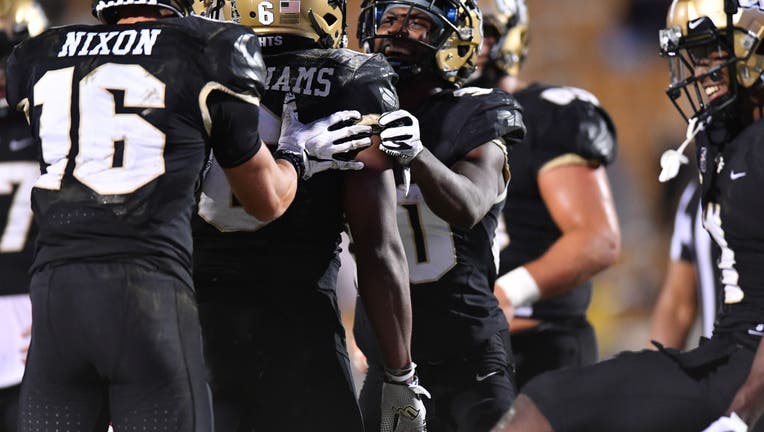 ORLANDO, FL - NOVEMBER 21: Marlon Williams #6 of the UCF Knights celebrates after a play against the Cincinnati Bearcats at Spectrum Stadium on November 21, 2020 in Orlando, Florida. (Photo by Conor Kvatek/Collegiate Images/Getty Images)

LAKE MARY, Fla. - Fresh off the announcement that Gus Malzahn has been hired as head coach of the Central Florida Knights, the school has released its 2021 American Athletic Conference football schedule dates.

League opponents were announced in 2019 but dates were confirmed on Thursday.  Kickoff times and television coverage will be announced at a later time, the school says.

UCF will play before a home crowd for seven of this season's games and travel for five, with four of the road games against conference foes.

The Knights will have the traditional "War on I-4," hosting USF on Friday, Nov. 26.  The AAC Championship game is scheduled for Dec. 4.

See the full schedule below. Home games are in bold. All dates and times are subject to change for television.  Ticket inquiries can be made by calling 407-823-1000 or emailing tickets@athletics.ucf.edu.