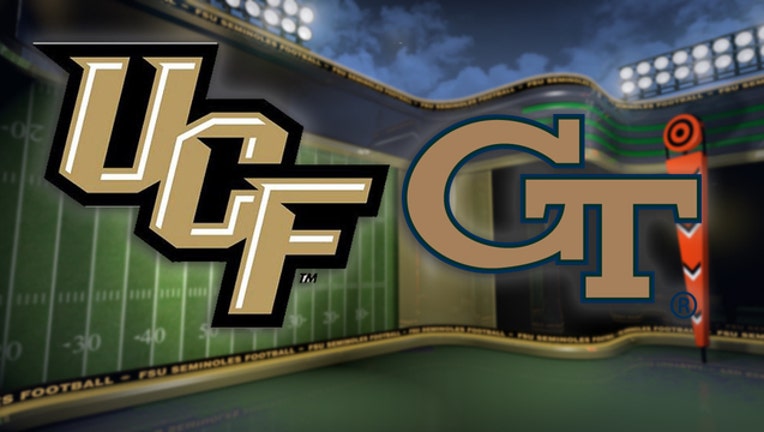 ATLANTA - The University of Central Florida has announced the cancelation of Saturday's game against Georgia Tech University, due to Irma recovery efforts.

In a statement released by the UCF Knights, about a thousand National Guard members and 250 vehicles are on campus to assist recovery efforts following Irma’s destructive path through Central Florida. School officials said Spectrum Stadium will play a pivotal part of the staging effort and would not be available for Saturday’s game.

"We're honored to host the National Guard and play a part in helping our community and state recover from Irma," UFC Vice President and Director of Athletics Danny White was quoted as saying in a statement to FOX 5 News. "On behalf of our student-athletes, athletics staff and fans, I promise the Knights will do everything we can to assist in recovery efforts.

"We are in complete agreement with the decision," said Georgia Tech director of athletics Todd Stansbury, who served as UCF's A.D. from 2012-15. "While we're disappointed for both teams' student-athletes, coaches and fans, recovering from the effects of Hurricane Irma should be and is the top priority for UCF and the entire state of Florida at this time. We wish them the very best in their recovery efforts and look forward to meeting on the gridiron down the road."

UCF stated they had suspended all academic activity and non-essential activity ahead of this weekend’s storm. The university said it will not reopen for students until Sept. 14.