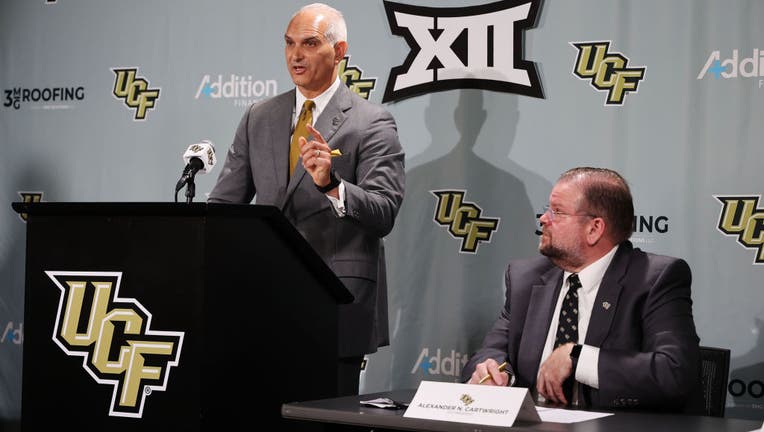 LAKE MARY, Fla. - The University of Central Florida is working with the American Athletic Conference (AAC) on a buyout price so that the Knights can leave the AAC early to join the Big 12 Conference, according to reports.

UCF had no official comment on Tuesday, but FOX 35 Sports has confirmed that the UCF Athletic Director Terry Mohajir has been attending Big 12 Conference meetings all this week and is hoping to get something done on this sooner rather than later.

Talks between UCF and the AAC have been going on for some time now and the Knights would like to leave the conference as early as the 2023 season if they can come to a reasonable buyout price.  Some estimates have placed that number in the $17 million to $20 million range. That's money UCF would likely make up quickly with Big 12 earnings.

The most important thing right now is scheduling. The Big 12 has to start scheduling as soon as possible for all football scenarios -- that also must take into account the departures of the University of Texas and the University of Oklahoma for the Southeastern Conference in a season or two.