It’s the ultimate AFC North divisional showdown as the Pittsburgh Steelers look to make some noise in the rock-and-roll capital of the world, facing off against the Cleveland Browns.

Pittsburgh can only hope to add to their current winning streak as they enter week 11 with the second wild-card spot in the AFC, against the Browns (3-6) deficit, at FirstEnergy Stadium on Thursday Night Football on FOX.

Cleveland enters Thursday’s match-up in high spirits after taking down the third-best defense in the league, beating Buffalo 19-16 on Sunday — thanks in part to their star running back Kareem Hunt.

Cleveland may be 13th in the NFL in rushing with 123.9 yards per contest, but a battle-ready Hunt, alongside fellow running back Nick Chubb, may prove to be a serious concern for Pittsburgh’s streak. 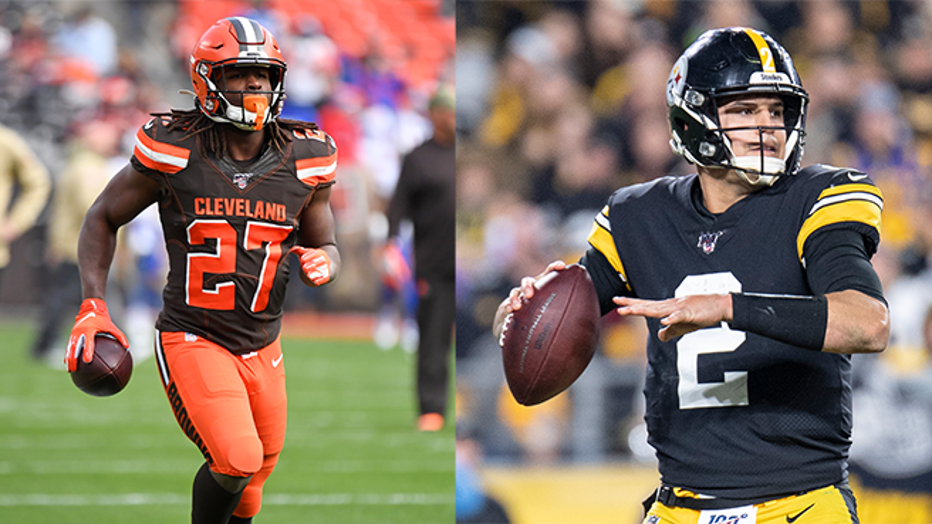 That could just be because Hunt generated 77 yards from scrimmage in his debut game against the Bills on Sunday following an eight-game suspension.

But it will take more than a single comeback victory for Cleveland to match a team that has managed to pocket four straight wins, ranked 12th in defense.