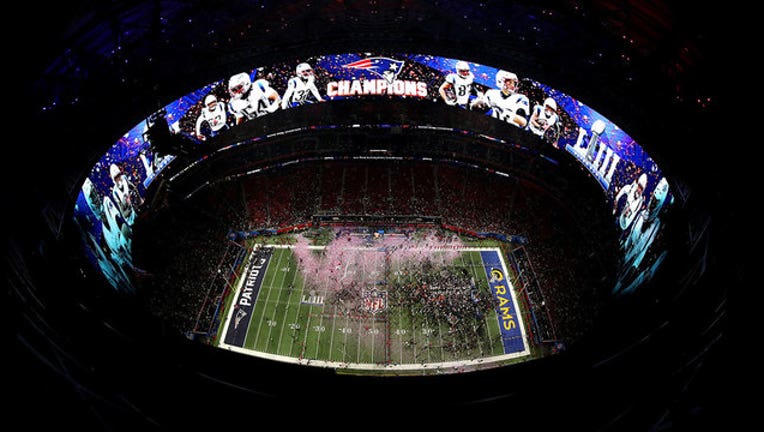 A general view as the New England Patriots celebrate their 13 to 3 win over the Los Angeles Rams in Super Bowl LIII at Mercedes-Benz Stadium on February 3, 2019 in Atlanta, Georgia. (Photo by Kevin C. Cox/Getty Images)

The low-scoring Super Bowl LIII was also low-scoring in terms of ratings. Early reports indicate that the big game hit a ten-year low in viewership.

The New England Patriots beat the Los Angeles Rams 13-3 in what many are calling one of the most boring Super Bowl games on record. It’s unclear if the uneventful game contributed to the low ratings, but The Hollywood Reporter notes that ratings were roughly 44.9 household rating in overnight metered markets. This number is down 5 percent from a year ago and the lowest since the 2009 game, which drew 42.1 according to Nielsen figures.

By comparison, the 2018 show game hit a 47.4 in metered markets, eventually earning 103.39 million viewers. It’s worth noting that, while down significantly, the Super Bowl remains one of the most-watched events of the year.