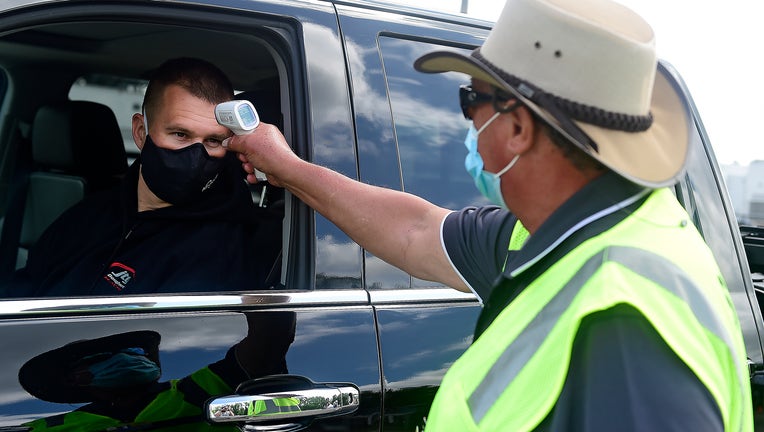 DARLINGTON, SOUTH CAROLINA - MAY 17: Ryan Preece, driver of the #37 Cottonelle Chevrolet, has his temperature checked by NASCAR Security prior to the NASCAR Cup Series The Real Heroes 400 at Darlington Raceway on May 17, 2020 in Darlington, South Car

DARLINGTON, S.C. - Ready or not, NASCAR is back, but without fans, flyovers or commercialism. Darlington Raceway opened its 70-year-old gates so engines in the stock car series could roar again and the revenue flow would resume.

NASCAR’s return started Sunday morning as teams began filing into Darlington at designated arrival times. A checkpoint at the gate allowed pre-approved personnel into the infield after a health screening. There is no exiting once inside NASCAR’s designated footprint, all part of a meticulously planned health protocol.

NASCAR chose Darlington, the oldest speedway on the Cup circuit, as the safest place to restart the season after eight events were postponed and the series sat idle for 10 weeks. Facing a financial collapse if live races didn’t get going on national television, NASCAR had its health plan approved in South Carolina and North Carolina and released an aggressive revised schedule.

MORE NEWS: NASCAR plans to race its way through the South in June

Sunday marks the first of 20 races across seven Southern states between now and June 21. All eyes will be on NASCAR and its protocols — representatives from IndyCar and the NFL’s Carolina Panthers, among others — were expected to observe the screening process Sunday.

The first event is called the “The Real Heroes 400” and is dedicated to health care workers fighting the coronavirus pandemic. The names of health care workers across the country have been substituted for the drivers’ name above the door on each of the 40 cars. 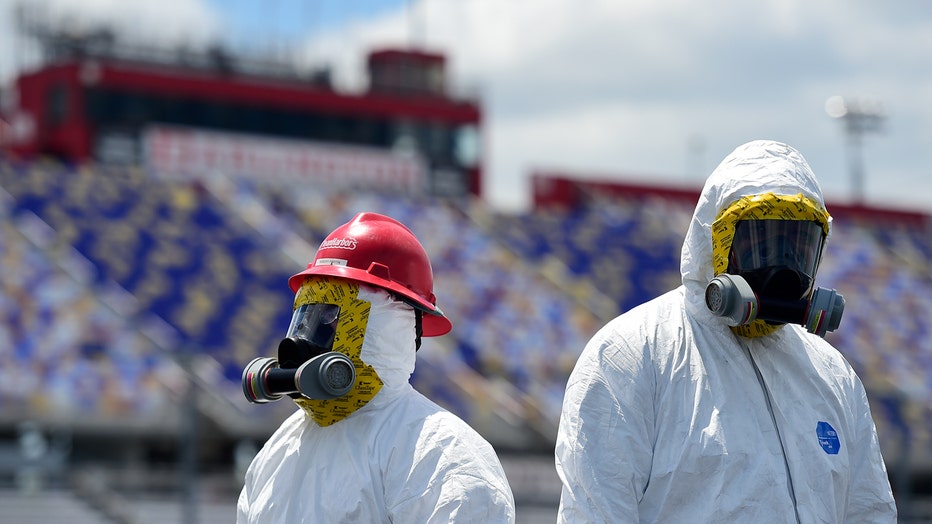 The health care workers will give the command to start the engines.

“These heroes will signal that NASCAR has returned, bringing back the intense competition and side-by-side racing we’ve all missed,” NASCAR President Steve Phelps wrote in a letter to fans released Sunday morning.

MORE NEWS: Here's what to expect at NASCAR's The Real Heroes 400 at Darlington Raceway

“Our drivers, race teams and officials have been eagerly awaiting the opportunity to get back to the race track and we want to assure you that we have taken the return to racing very seriously.”

Darlington is hosting three events over four days. Roughly 900 people have been approved to be inside the gates, and all are considered essential. Teams were allowed 16 employees per car, including the driver and owner. But most owners gave up their slot because they are either over the age of 65 and at high risk for the new coronavirus, or their role at the track is not considered critical to the competition or broadcast of the event.