A little girl from Detroit, Michigan, was inspired to dress up as US track and field star Sha’Carri Richardson after she saw the athlete on the news.

ISTANBUL - Sha’Carri Richardson didn’t get to run at the Tokyo Olympics, but the American sprinter may have inspired a change in policy from the World Anti-Doping Agency (WADA).

WADA met Tuesday with the organization’s list of prohibited substances among major agenda items. The agency said it would conduct a scientific review of cannabis’ place on that list, though it will remain prohibited throughout 2022 competitions.

As it stands, both natural and synthetic cannabinoids are prohibited. Only cannabidiol (CBD) is allowed.

WADA reviews its prohibited substance list every year, but they said a review of cannabis was requested by several stakeholders this year. 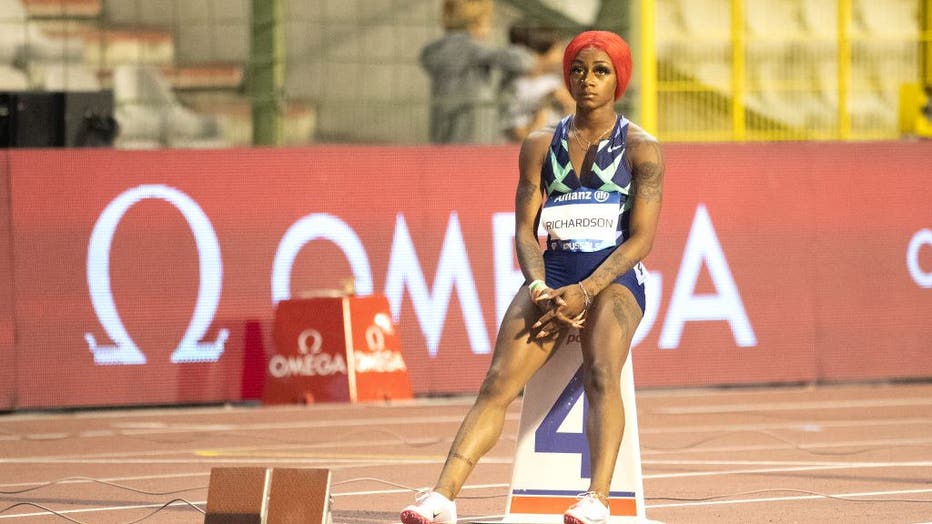 Sha'Carri Richardson of the United States before the start of the 200m for women race during the Wanda Diamond League 2021 Memorial Van Damme Athletics competition at King Baudouin Stadium on Sept. 3, 2021, in Brussels, Belgium. (Photo by Tim Clayton

Richardson ignited a public debate on whether cannabis should be considered a performance-enhancing substance. After winning the women’s 4x100m race at the U.S. Olympic trials, Richardson tested positive for a substance found in marijuana.

She accepted her 30-day suspension from the U.S. Anti-Doping Agency (USADA) and admitted to smoking to cope with the death of her mother.

WADA responded, pointing out that it was the American agency that handed down the suspension and called America "one of the most vocal and strong advocates for including cannabinoids on the prohibited list."

The USADA wrote a response denying it has a direct vote on the anti-doping rules. But the agency said it’s still "required to enforce them." USADA said, "most governments in the world have been very reluctant to take marijuana off the prohibited list for public health reasons."

Even so, the national attitude towards recreational marijuana use has softened in recent years, with states like Colorado, Oregon and New York voting to legalize recreational use in the last decade.