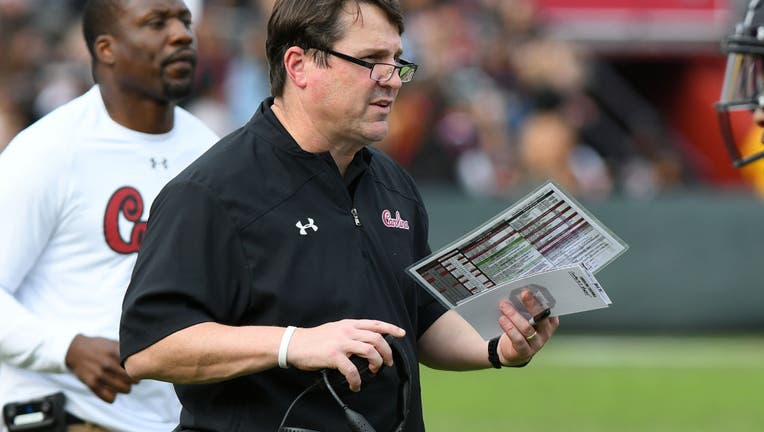 The school said in a release Sunday that Muschamp has been "relieved" of his duties with the football program. Athletic director Ray Tanner said first-year offensive coordinator Mike Bobo, a former head coach at Colorado State, will take over as interim coach.

The 49-year-old Muschamp had four years remaining on his contract. His buyout from the school is $13.2 million.

The Gamecocks are 2-5 and lost their third straight game, 59-42, at Ole Miss on Saturday night. South Carolina's defense has given up 1,779 yards and 159 points in those three defeats.

Tanner said he did a thorough assessment of the football program and decided it was time for a change.

"I appreciate all that Will Muschamp has done for our program and wish him and his family the best moving forward," Tanner said in a statement. "I believe our program will be well served by Coach Bobo as the interim head coach as we search for a new leader for Gamecock Football."

Muschamp was head coach at Florida from 2011-14 and was fired in November of his final season after an overtime loss to Florida.