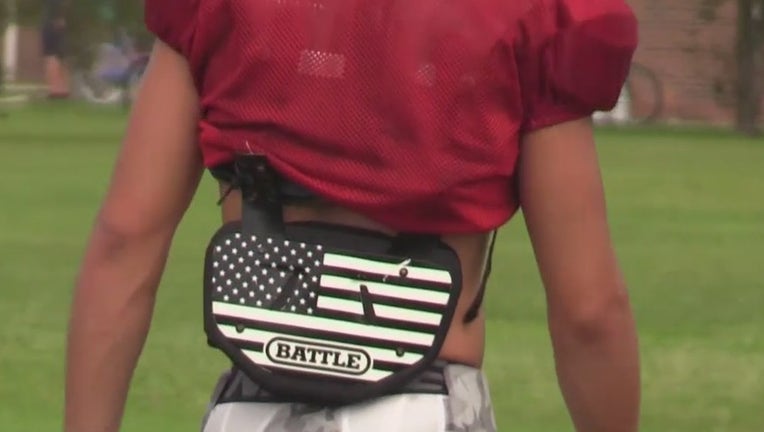 SATELLITE BEACH, Fla. - Satellite High School held a halftime tribute during its football game against Astronaut on Friday night, honoring the men and women who served in the U.S. Military.

"It means a lot, especially because we’re in a military community. So we’re going to go out and play. We’re playing for them. It’s a fantastic opportunity to honor those brave men and women who have served," senior linebacker, Ben Morrow said.

Morrow loves the military so much, he plans on eventually joining it. He has his eyes set on attending West Point Academy next year, and he'll play football too.

"The way the coast guard looks at it from what I know, the coaches I’ve talked to…they definitely want the military first, school first. Then it’s a reward to play sports," Ramsay said.

Head Coach Brian Helton says a majority of his players have some type of military connection, which gives the Scorpions an even greater sense of belonging on and off the field.

"It’s a big thing about discipline. We have a lot of family members that are former military or still in the military. So those family core values are there. They learn it at a young age. What it does is, it translates into football," Helton said.