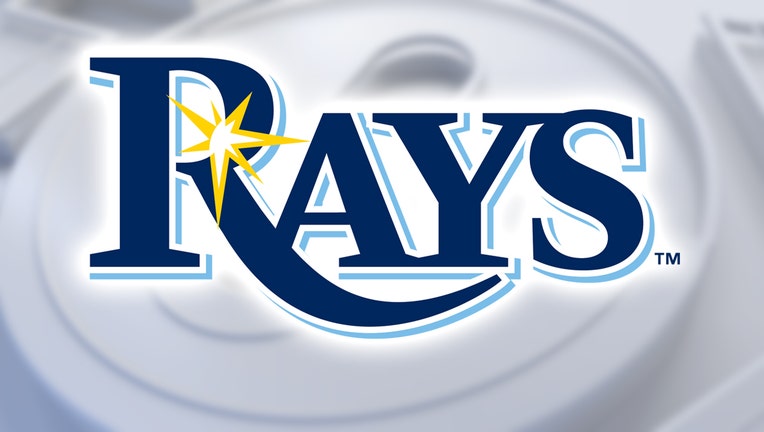 Tyler Glasnow struck out nine and allowed one hit over four innings in the first start after missing part of summer camp with the Rays after testing positive for the coronavirus. Diego Castillo (1-0) struck out two in a 10-pitch fifth and Jalen Beeks fanned seven over his three innings.

"This group on a given night can be pretty special," Rays manager Kevin Cash said.   Jose Martinez and Yoshi Tsutsugo drew consecutive one-out walks from Mike Foltynewicz (0-1) to start an eight-run fourth inning that gave Tampa Bay a 9-1 lead. Renfroe then hit a towering homer to deep left-center and Joey Wendle homered on the next pitch.

"Everybody just wants to go up there and have a good at-bat," Renfroe said. "Move the line and hope to just keep pouring it on."   Foltynewicz, a regular in the Braves' rotation since 2015, was designated for assignment after the game and will be replaced on the active roster by Chad Sobotka.

"It's tough," Braves manager Brian Snitker said. "Folty, in this short season, it's just not happening right now. We kind of feel a sense of urgency to some extent. Folty's been big for us the past couple years, pitched in big games and in (the) playoffs, been good for us down the stretch. We're just not in a position in this short season to wait for something to happen."

Renfroe got his 11th career multihomer game with a solo shot in the fifth off Touki Toussaint.   "He's a confident guy," Cash said. "He's got that ability to really be a game-changer for us."

Dansby Swanson and Matt Adams homered for the Braves. Swanson tied a career-high with five RBIs and stopped a 41-game homerless streak in Atlanta's 14-1 win Sunday night over the New York Mets.

Martinez had a two-run single in the sixth and homered in the eighth. Foltynewicz gave up six runs, four hits, and four walks in 3 1/3 innings.

The 28-year-old right-hander's best season for Atlanta was 2018, when he went 13-10 with a 2.85 ERA and was named an All-Star. Foltynewicz made four playoff starts, taking the loss in Game 5 of the NL Division Series against St. Louis last October when he allowed seven runs (six earned) while retiring only one batter.